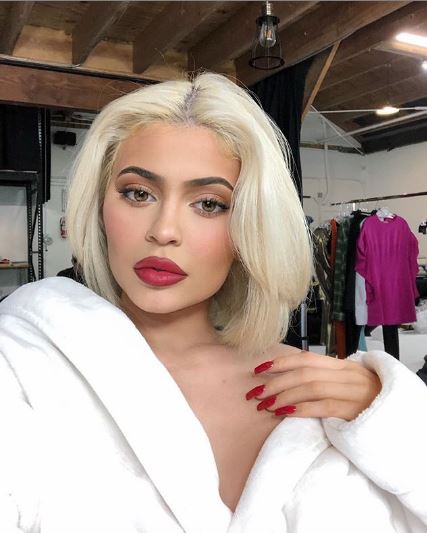 Makeup Mogul, Kylie Jenner has tied with Jay-Z to become Forbes fifth richest American celebrity with a net worth of $900 million.

In a new list compiled by Forbes Magazine, the 21-year-old’s net worth of $900 million sees her tied at fifth place with rapper Jay-Z.

The mother of one who launched her Kylie Cosmetics two years ago, has already shifted over $630 million in makeup products, according to Forbes.

This is the first time Kylie has landed on the list, which ranks the wealthiest American celebrities based on fortune they have amassed off their fame.

The number one spot on the list this year went to George Lucas, whose net worth was listed at $5.4 billion. The second place spot goes to Steven Spielberg, who is valued at $3.7 billion, while Oprah Winfrey landed in third with $2.8 billion.

Michael Jordan’s net worth of $1.7 billion placed him in fourth place, David Copperfield’s $875 million landed him in seventh, Diddy’s $825 million saw him take the eighth spot.

Tiger Woods and James Patterson tied for the ninth spot with a net worth of $800 million.