Kemi slams Davido for allegedly serving gateman leftover crumbs
Controversial and self styled Nigerian investigative journalist, Kemi Olunloyo has alleged Davido fed his gateman with leftover food.
According to her, the recent kind gesture Davido showed his gateman by treating him to a mind blowing breakfast were leftovers he brought home from Eko Hotels and Suits.
Davido’s gateman was stunned by his American-Nigerian boss after the musician treated him with a balanced breakfast much to his excitement.
But investigative journalist Kemi Olunloyo saw the gesture in a different light.
Kemi claimed the meal was a leftover hotel food and she also questioned the 27-year-old singer’s motive in publicising the gesture.
In the viral video, you can see Davido walking down a staircase with a loaded tray of delicacies in his hands, “Oya breakfast … for you, enjoy,” he said as he handed over the tray to the gatemen.
The visibly stunned gateman seemed not to believe his eyes, “God bless you, papa, he said in appreciation. “Finish am”, Davido assured him.
See post:

She tweeted on Monday: “Just watched a Davido video serving a gateman left over hotel food. Pls when you finish eating at Eko hotel tell them to package your tray of crumbs properly. You shouldn’t have transferred that food to him and even videotape that shit. Go feed your starving fans #Kemitalks“
See tweet: 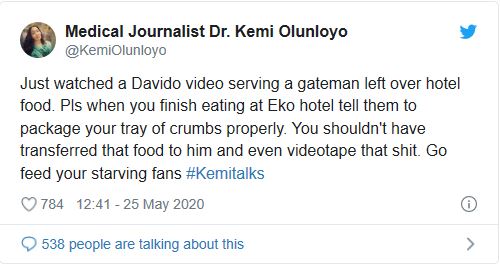 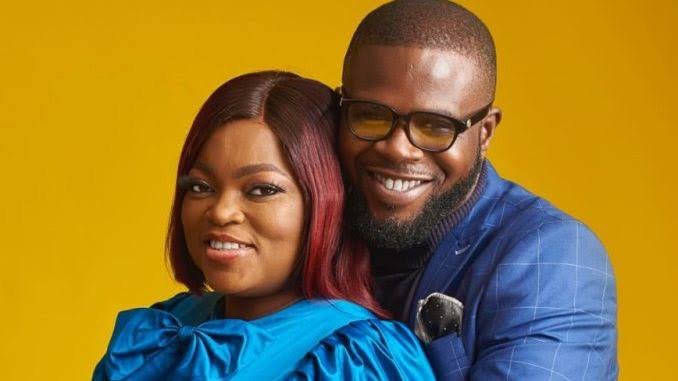 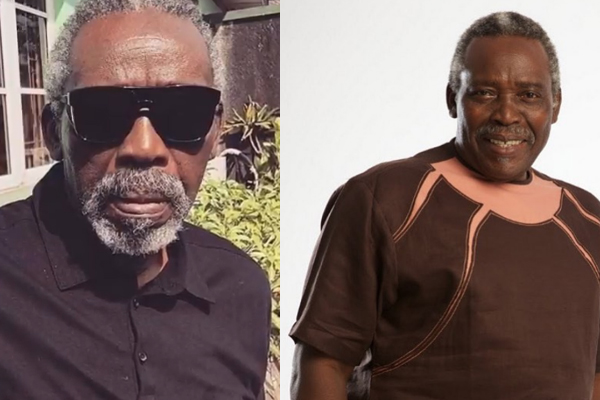 Birthday: Nollywood veteran, Olu Jacobs is plus one today