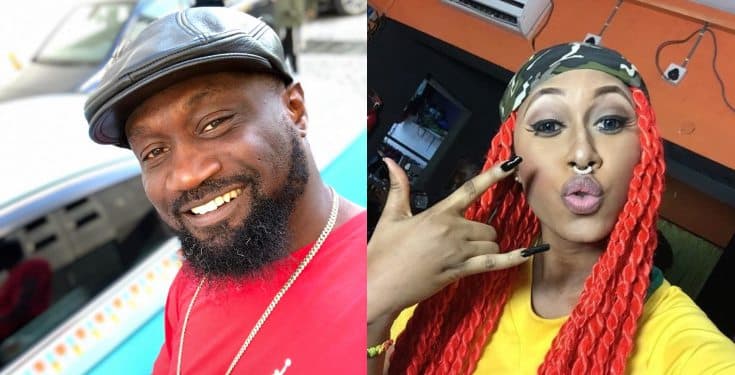 Nigerian born songwriter and singer, Cynthia Morgan, trended  on twitter with the hashtag #SoCynthiaMorganLied after Jude Okoye released copies of the contract between the dancehall singer and his record label, Northside Entertainment.

Recall Cynthia Morgan narrated her ordeal in an Instalive session where she claimed she lost her stage name, Instagram account, VEVO account as well as her royalty after she fell out with Jude Okoye.

According to the terms of the contract, which the music executive released earlier today, it was revealed that Cynthia Morgan and Northside Music had a 50/50 sharing formula.

Nigerians are now dragging the singer on Twitter for allegedly ‘playing the victim card’ after accusing Jude Okoye of wrecking her career. 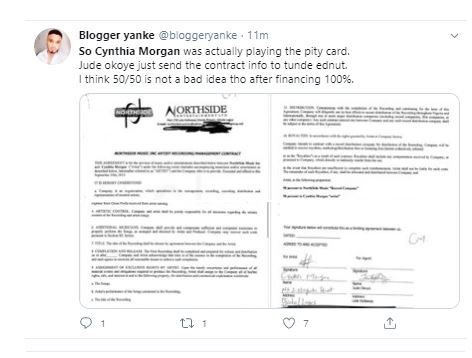 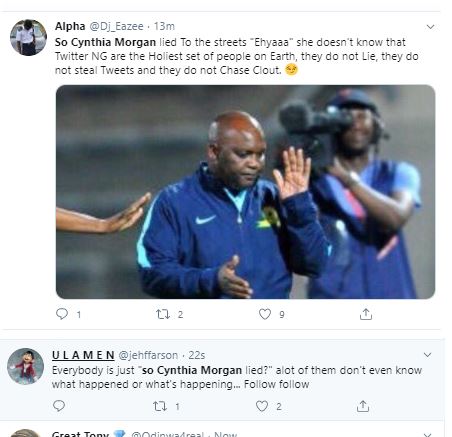 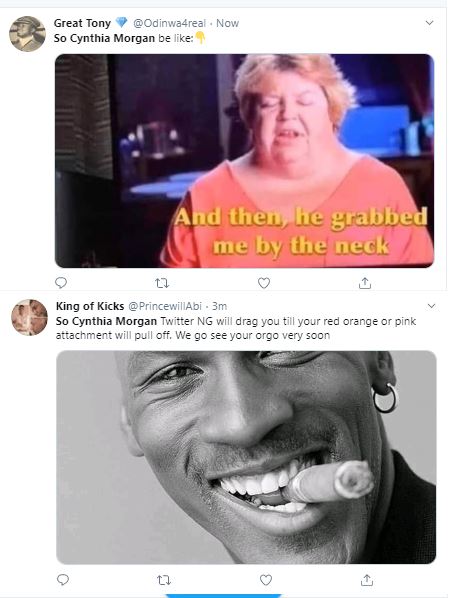 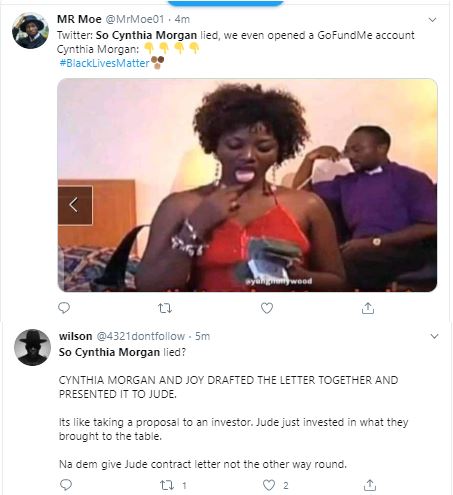 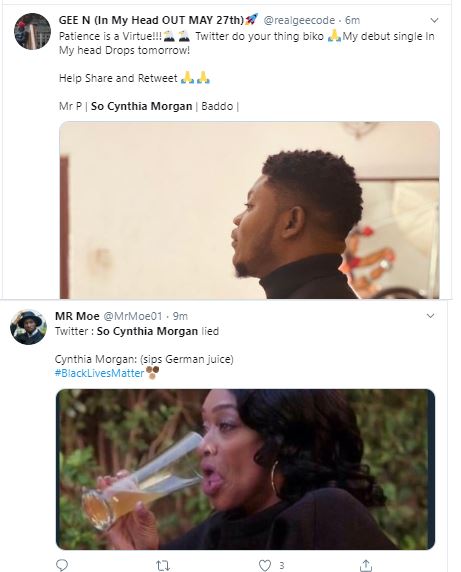 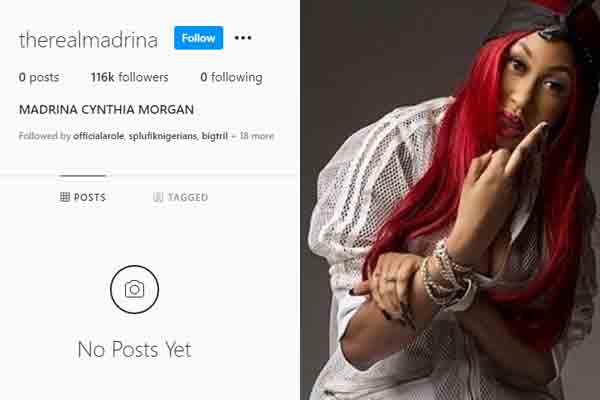 Cynthia Morgan unfollows everyone including Davido 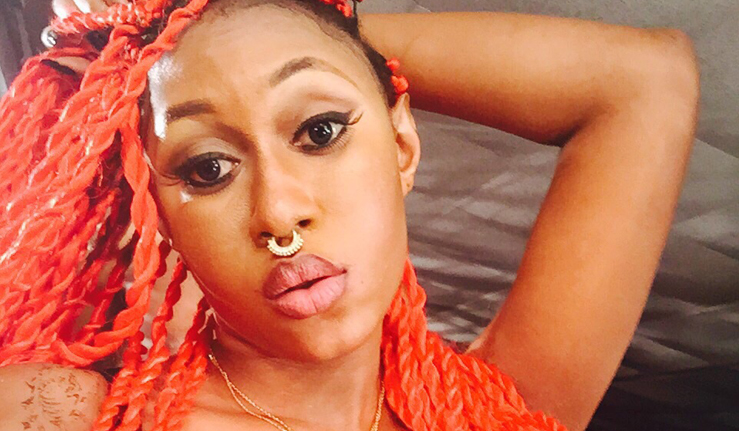