Actress, Elvina Ibru reveals that she has COVID-19 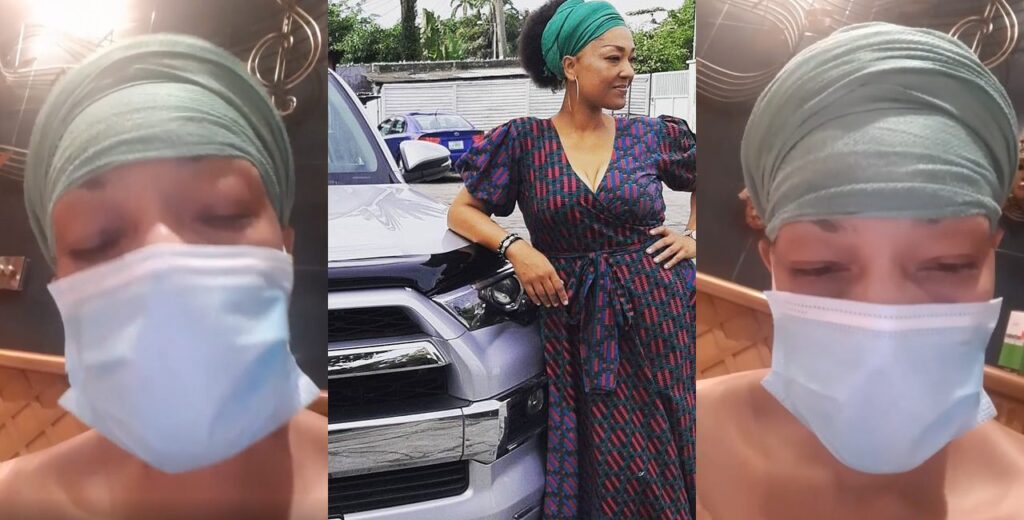 Nollywood actress and one of the Ibrus, Elvina Baby Ibru recently shared a video on her social media platform revealing that she has contracted the COVID-19 virus and warns everyone to stay safe and follow every necessary precaution.   Watch Elvina Baby Ibru’s video below;

Ceece turns down N8m deal from an aphrodisiac brand 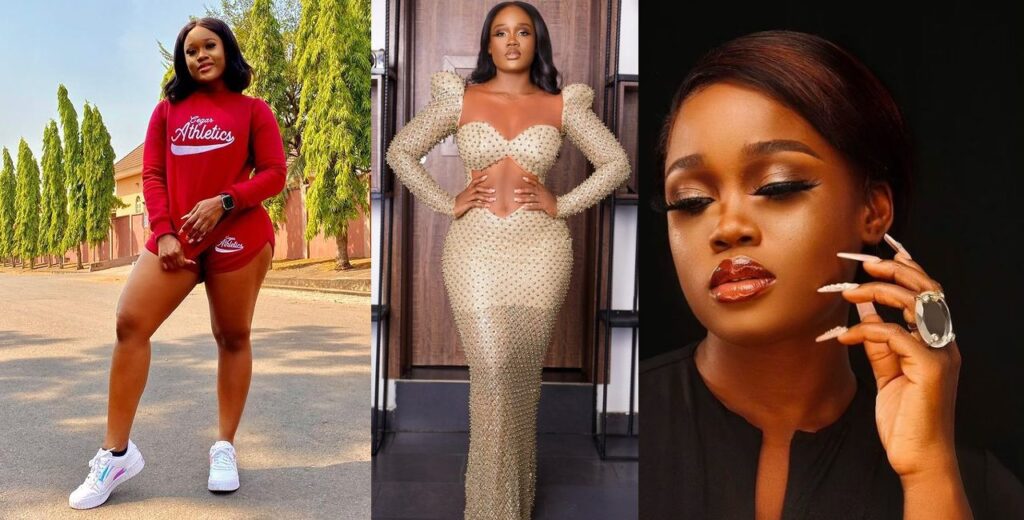 Former BBNaija housemate, Ceece earned massive respect from her fans after she showed screenshots of her conversation with an (aphrodisiac) kayamata seller where she declined an N8,000,000 deal on the basis of morality. She also took to her platform to reveal that she will not be working with any of such brands which include; body […] 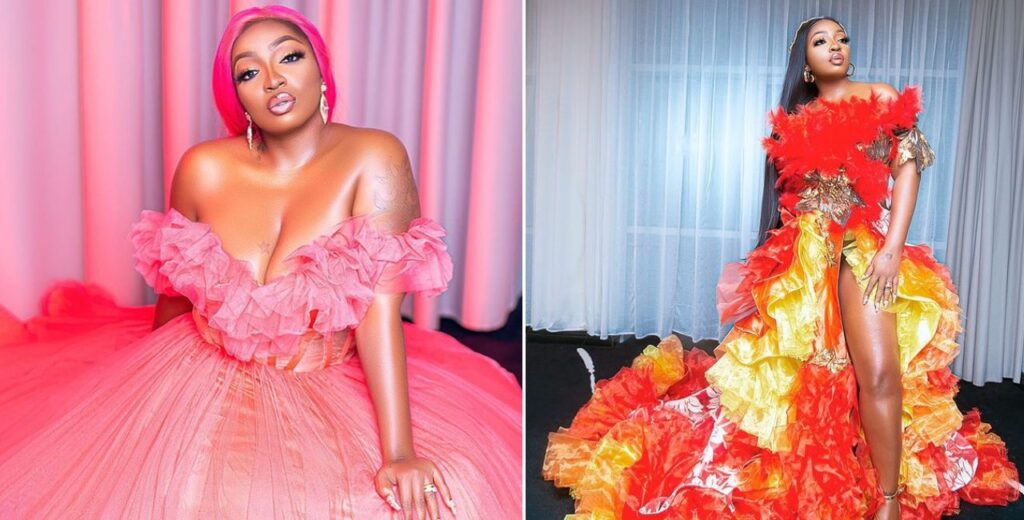 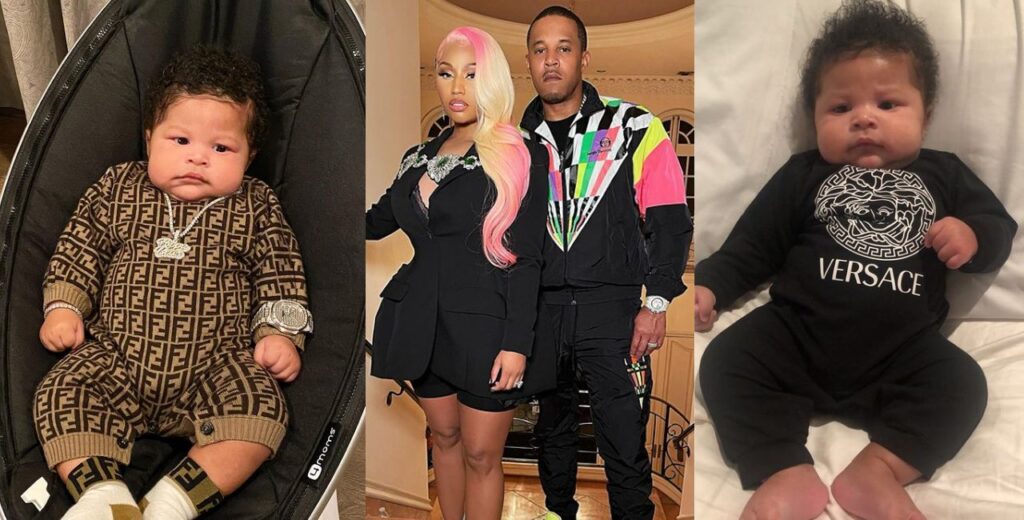 Sharing the photos the rapper expressed her joy of becoming a mother and revealed that it is the most fulfilling job she has ever taken on. She wrote: “#PapaBear thank you so very much for choosing me to be your mama 🎀🦄🙏 Wishing you guys a happy & prosperous New Year. Thank you for your […]

Cute Photo of 9ice and his family 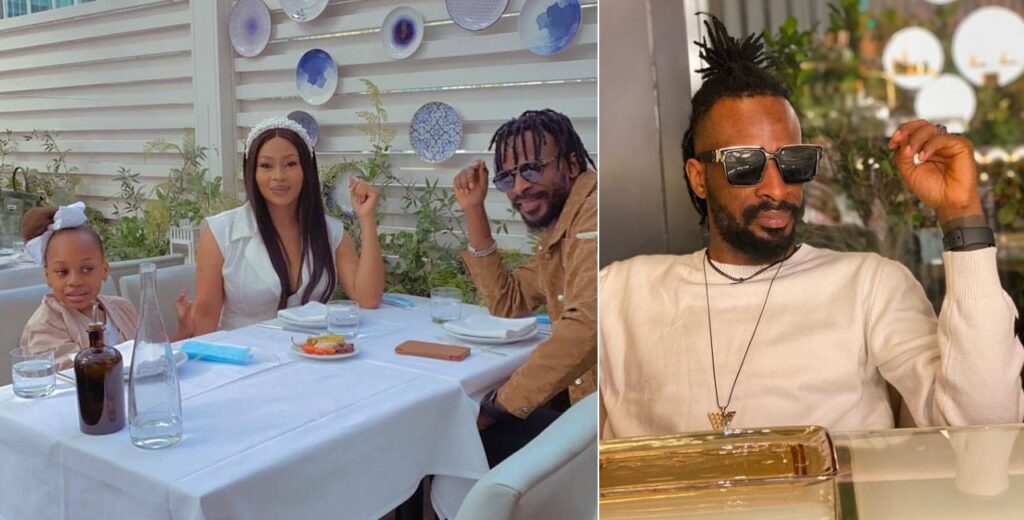 Singer, 9ice has yet again shared some beautiful family photos as he and his family enjoy their family vacation in Dubai, and fans are indeed happy to see the couple at peace with themselves.

Simi and hubby, Adekunle Gold tackle themselves on twitter 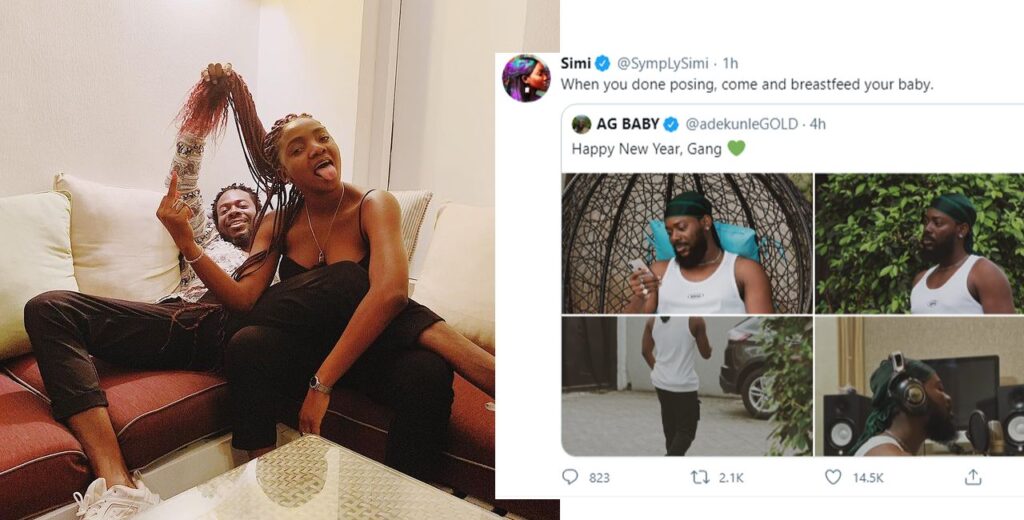 The music artist couple who are known for always calling themselves out, caught fans by surprise today again after Simi couldn’t stand her hubby, Adekunle sharing cute photos on Twitter, hence she took to his timeline to ask him to come and breastfeed their newborn. See screenshot below. 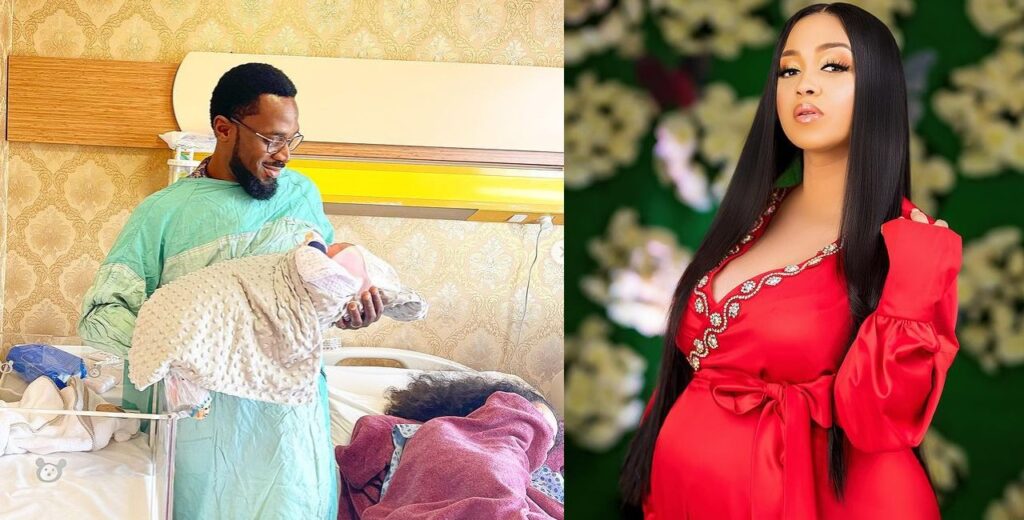 The music artist and his wife have welcomed their 2nd child, a baby girl.  Dbanj took to his social media platform recently to share a photo of the beautiful moment he held his newborn daughter in his arms. He later shared a beautiful message as he made the announcement on his platform saying “…all the […]

Singer, Seyi Shay welcomes her fans into 2021 in an unusual manner 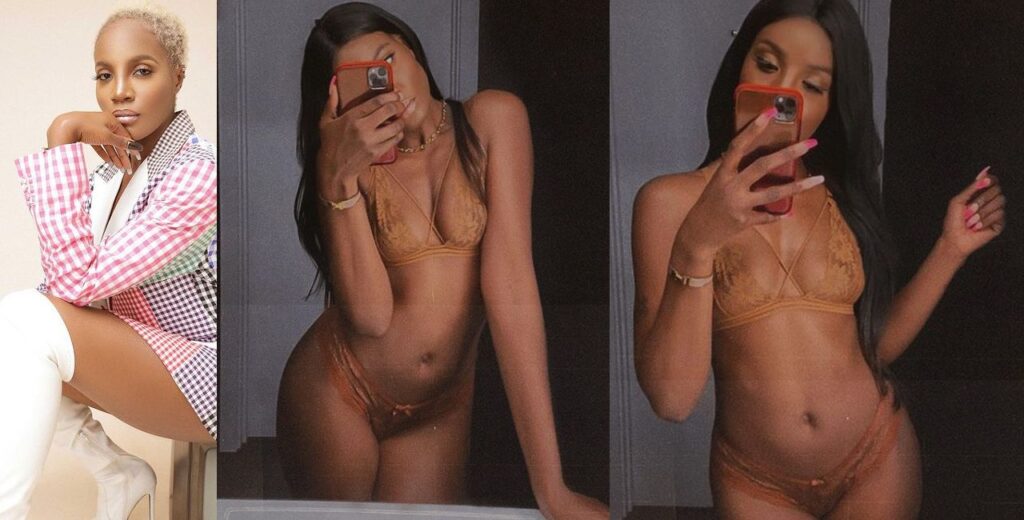 Singer Seyi Shay recently shared some jaw-dropping photos for her fans as she revealed her new year’s resolutions for the year 2021. The singer got fans on social media drooling over her extremely revealing bikini photos. She wrote: “One of my New Years resolutions is to keep it 💯 and get a 6-pack on it!! […] 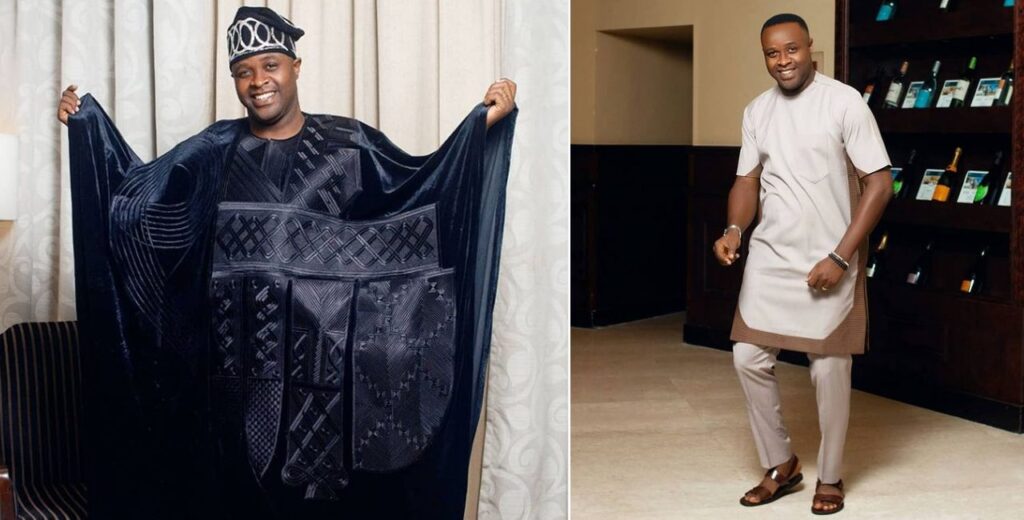 It is a multiple celebration in the Nigerian social media space as famous Nollywood actor, Femi Adebayo celebrates his birthday today. The multiple-award-winning actor and political office holder who clocked 42 years today the 31st of December, took to his social media platform to share photos from his birthday photo shoot. The actor also shared […] 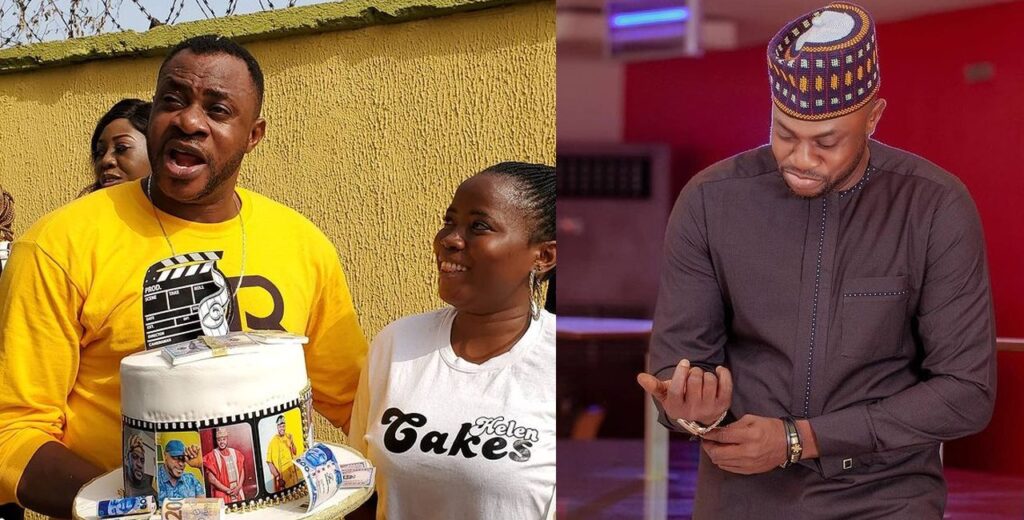 Nollywood movie star and comic actor, Odunlade Adekola clocks 44years today the 31st of December, and his pictures along with congratulatory messages are flooding the entire Nigerian social media space. The actor took to his social media platform to share photos and videos of various gift items and guests from his celebration today. See photos […]