The “Last Last” crooner with multiple awards and nominations, Damini Ebunoluwa Ogulu, known professionally by his stage name, Burna Boy. Burna Boy is a Nigerian Afro-fusion singer and songwriter well known in the world for doing what he does best entertaining through good music.

Burna Boy on his Twitter Handle released his tour schedules. He opened up on his page the dates and Caribbean countries that will be hosting his music tour this year 2022. `

Burna Boy has accomplished so much for himself, and it goes without saying that this year has been a very fruitful year for him with the release of an unstoppable number of songs for his listeners to enjoy. Burna boy new release for 2022 includes songs like Glory, Love Damini, How Bad Could It Be, Rollercoaster, Solid, Alone, For My Mind and many more, in this year. 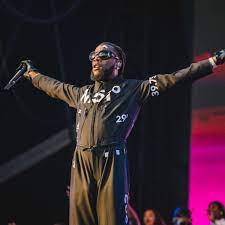 Asides the release of songs he did for his fans this year, Burna Boy got his third Grammy nomination in a row for Best Global Music Performance and, his Love Damini album got nominated for  Grammy award.

Among the Top Soul Train Awards Nominees released by BET, he got nominated as the Best R&B/Soul Male Artist. Alongside this award nomination, he was nominated also for the BET Hip-Hop Awards.

He didn’t get nominations alone, but also bagged the 2022 MTV EMA Best African Act, that took place on Sunday 13th November 2022. This award is an addition to the multiple awards won by the intelligent and talented music icon.

There are many testimonies to give about the Artist, and his fans has in no doubt enjoyed him this year with the steady entertainment he keeps delivering.

The African Giant, who has sold out renowned locations like Madison Square Garden, State Farm Arena, and a plethora of other venues around the world, is continuing his global tour this December and will be headlining at least three stadium events in 2023. 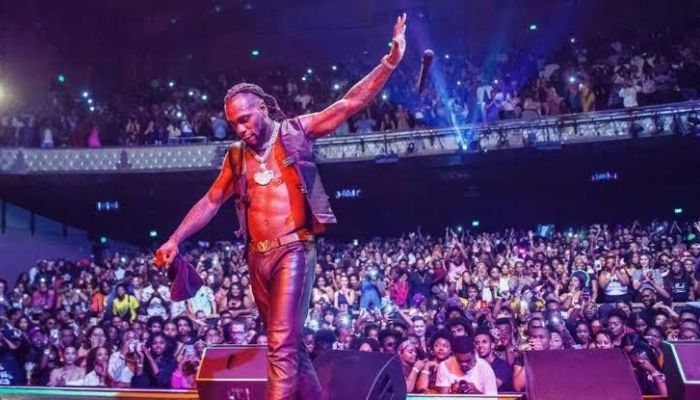 Burna Boy took to his socials on Monday 5th of December 2022 to share with his fans the great news of his music tour tagged ‘LOVE DAMINI TOUR’, the concert flier he shared followed with the countries and dates that will host his concert. 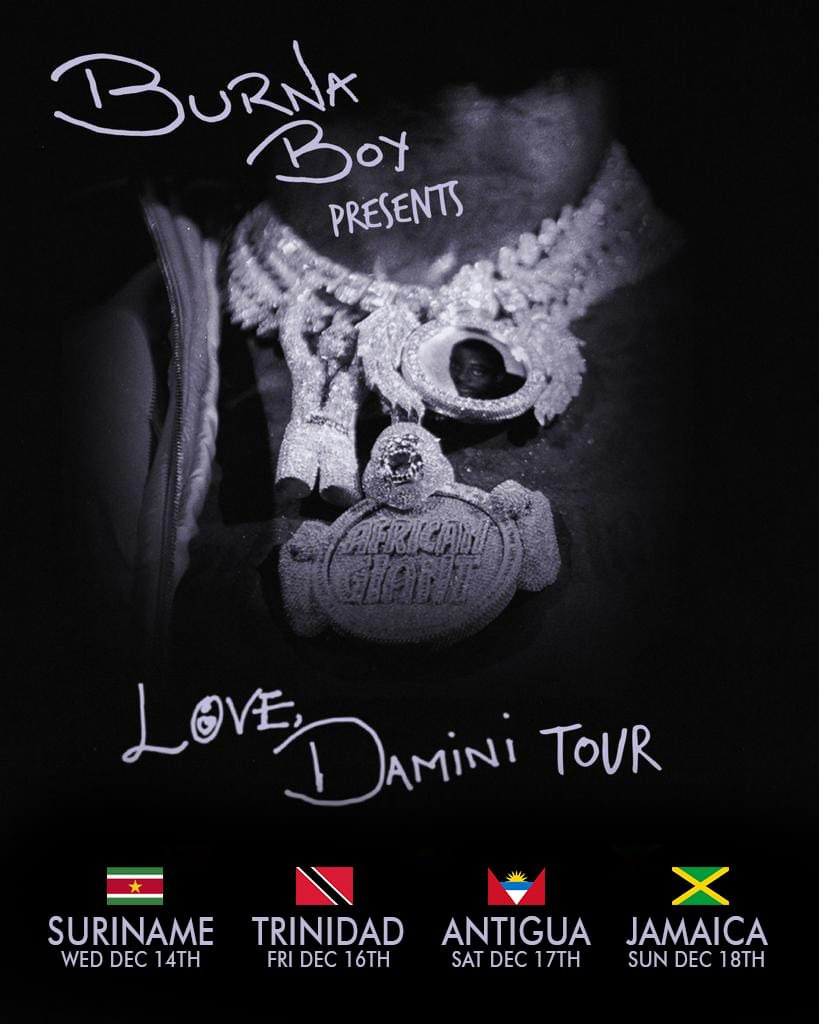