The drama between Canadian-based singer Stephanie Otobo and her alleged estranged lover Apostle Johnson Suleman may be far from over.

Otobo and Suleman’s sex scandal first made the headlines in 2017.

The singer released a set of damaging Snapchat shots on the internet allegedly of herself and the pastor, whom, she claimed, impregnated and dumped her.

Fromm kinky sex, sexting, abortion and even an alleged planned wedding, Nigerians were left in shock as the singer share the ugly details of their relationship.

Taking to her Twitter handle, in the early hours of Monday, May 9, Stephanie accused the cleric of trying to eliminate her.

According to her, Suleman has been accusing pastors and politicians of trying to bring him down but failed to name them.

She claimed the pastor “has done everything to end my life but God is not dead”.

Otobo also alleged that the cleric arrested her on her arrival to the country to shoot a music video with Timaya. 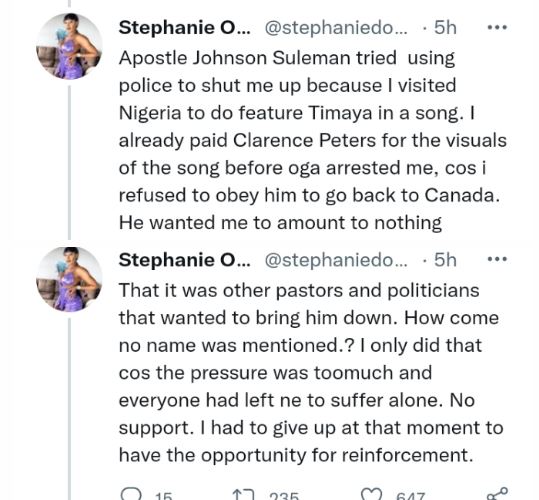 The musician went on to post screenshots of video calls and another intimate image.

She dared the “Oracle of God” to deny he is not the one in the photos.

“Oracle of God, van you deny deny this? Your fingernail and the scar on your left thigh? Can you sent them too.? Apostle Johnson Suleman, I hail o,… Go through the thread, and listen to the video if you have any questions. Your answers are right there,” she captioned the photo.

“If these screenshots were fake, how did I get his pics that aren’t public pics at the first place and how come I’m the first to release this kind of pics of him? He has changed his hairstyle twice since I came out to speak up with receipts. He has done a lot to appear different.” 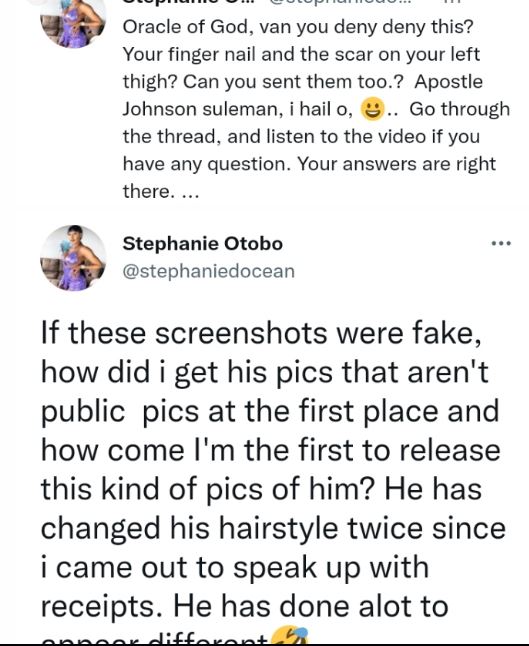 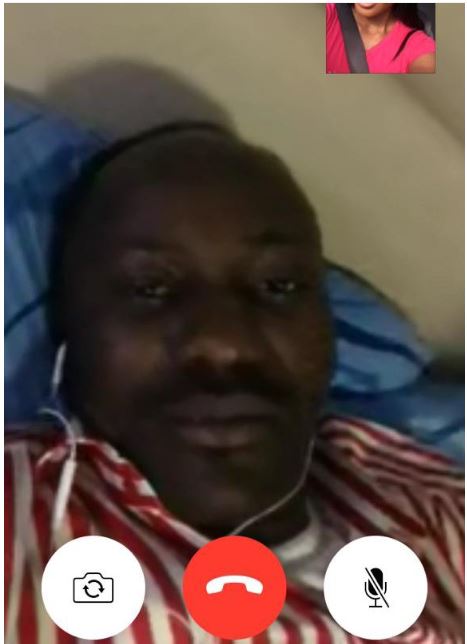 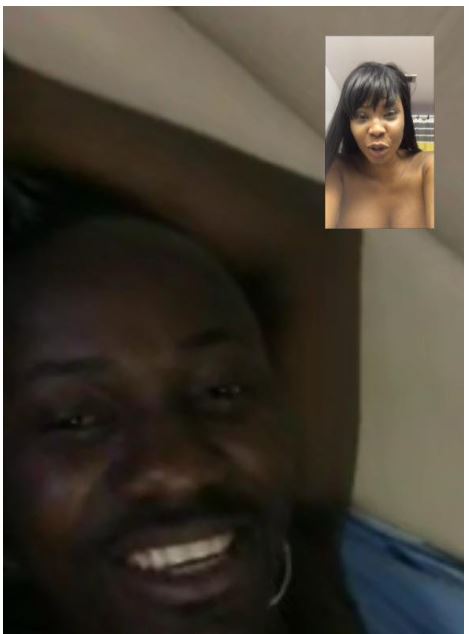