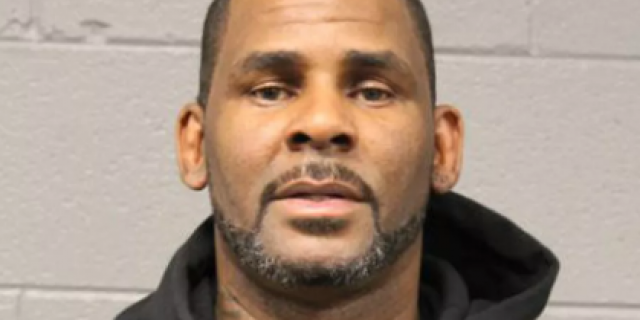 After pleading not guilty to all charges levelled against him when he was arraigned in court on Tuesday, July 16, 2019, R.Kelly will be staying in jail because his bail bond was denied.

R.Kelly showed up in court dressed in a yellow jumpsuit and chains in his hands. The prosecution lawyer all debated about his release insisting that he should remain behind bars, TMZ. According to them, he’s a danger to the community, especially to minor girls. They claim the risk of obstruction is real and ongoing, and also heightened by his fame and power. Prosecutors are also saying he has the “unique ability to influence and intimidate witnesses and victims, and that continues to this day.”

They added an emphatic, “It’s who the defendant is,” after alleging that he’s sexually assaulted the alleged victims hundreds of times.

Going further, they said R.Kelly is a known child molester and that is who he is. R.Kelly went to plead not guilty to all the charges read before him. He was however denied bond.

Meaning he would remain in prison custody which didn’t go down well with his lawyers. For his lawyer, Steve Greenberg, defending his client says Kelly has already surrendered his passport and noted the guy doesn’t like to fly so he’s not a flight risk.

Greenberg, his lawyer also says that, to his knowledge, Kelly didn’t miss any court dates in his 2008 trial. Speaking of that trial, Greenberg responded to allegations that the case was rigged, saying R. Kelly faced a jury of his peers, and not a bench trial, TMZ reports. He hasn’t run, and Greenberg hit the point home by saying, “How could he flee? He has no money.” Recall that R.Kelly was arrested last week by the police in Chicago on new federal sex crime charges.