Fan’s who has since been reacting to his post on Twitter is currently wondering what could be wrong with him. Is there possibility that he might be sick or is he involved in any trouble. Could anyone be someone threating his life over something.

Black Sherif’s post has left a lot to be desired. His words:

fighting for my life”

At the sight of the tweet, fans began responding. While some are worried and encouraging him to stay strong, others are of the opinion that he is use to playing with people’s emotions over nothing. Here are some of the responses from fans:

God be with you bro. You need all the strength you can gather!🙏🏻” 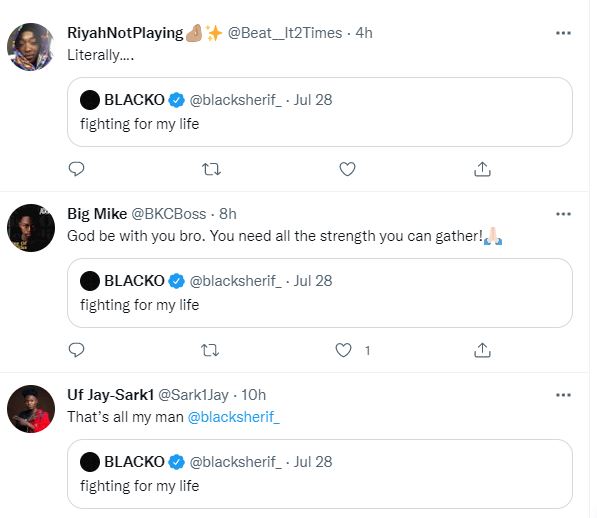 hope all is well with Blacko”

Find that one thing you wish u neva gave up . Keep that image cos its worth fighting for blood 🩸 we got here u”

This boy always give me sad vibes even when he’s happy. He’s only 20 years free him” 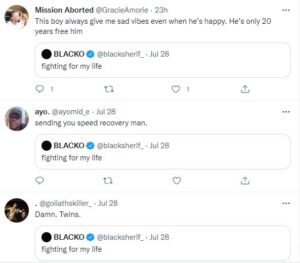 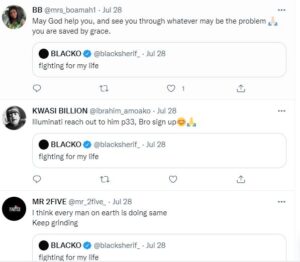 May God help you, and see you through whatever may be the problem 🙏🏻 you are saved by grace.”

People in the CS ain’t taking this tweet serious..

What in the name of evil is wrong with people?” 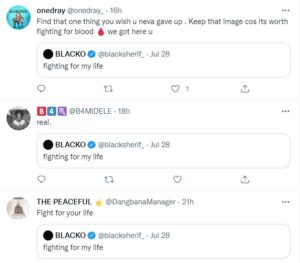 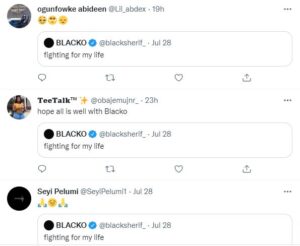 No doubt living in Nigeria has not been so pleasant for the citizens particularly this period, a lot of people are relating his statement to mean hardship in the country and the will to strive to do better. 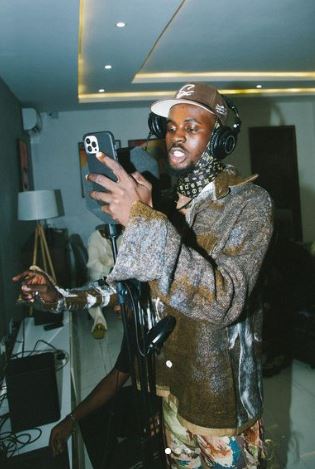 Could this be the reason for Black Sherif’s tweet or he is battling an ailment or there is something that might surface later. Whatever the situation is, we want to hope and wish him well.