In line with the ongoing #Blacklivesmatters protest in the 50 states in the USA following the murder of George Floyd by a white Police officer, Kanye West was reported to have donated the sum of $2m in relation to the death of George Floyd and to support black-owned businesses. He has also set up college funds for the victim’s 6 years old daughter, Ginna.

Kanye West was also sighted during one of the protests. 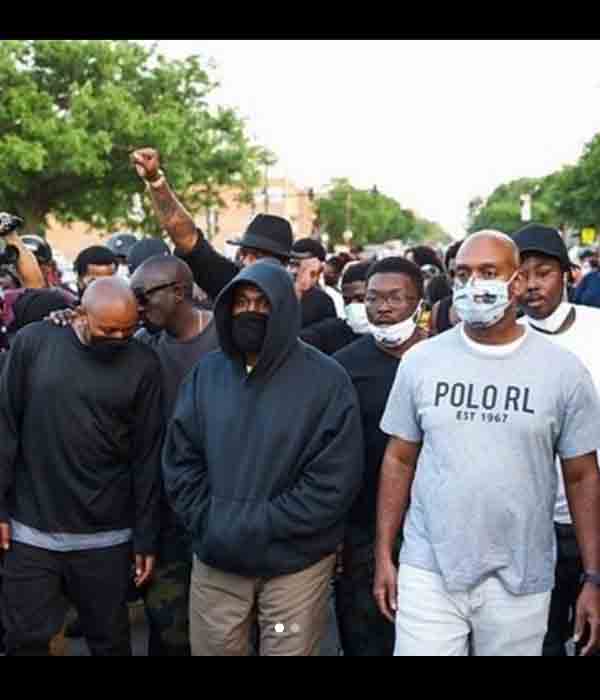