Nigerian superstar David Adeleke’s fiancee, Chioma who gave birth to their son a few days ago has shared a beautiful maternity photo of herself on Instagram. 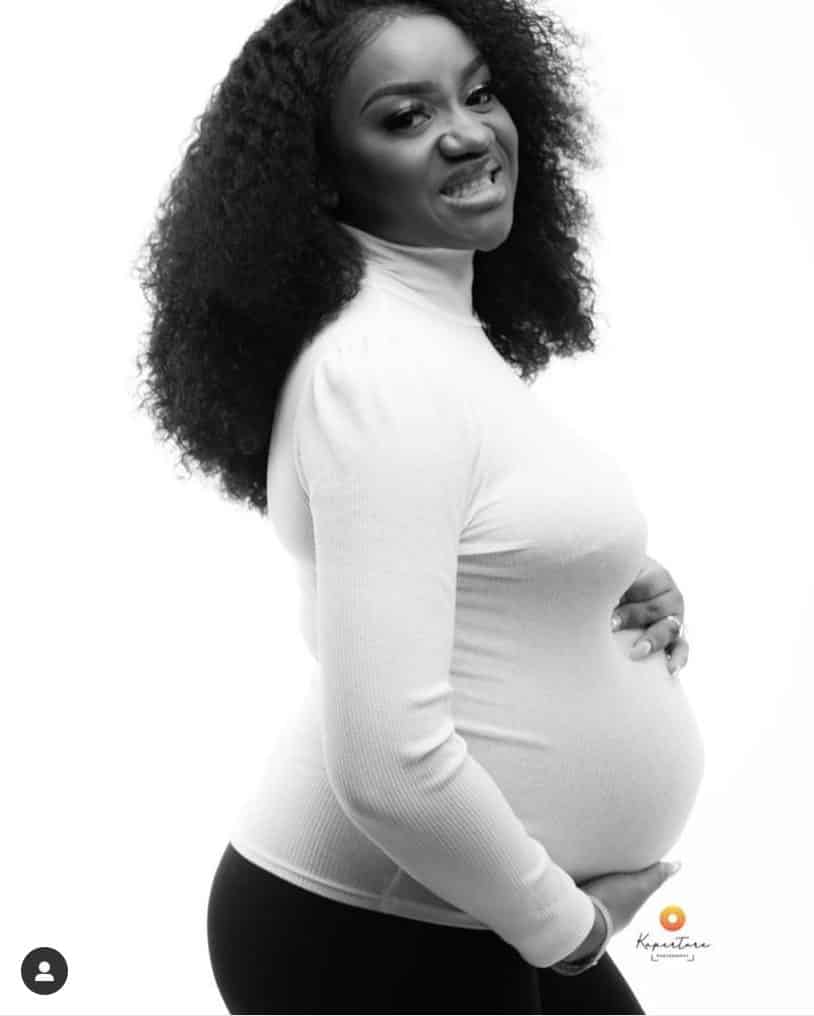 In the black and white photo, the proud mother of one was pictured cradling her baby bump as she posed for the camera. Recall that reports were circulating that Imo-born Chioma was expecting a baby with davido, but she debunked the claims. Chioma’s pregnancy was however confirmed when Davido proposed to her few weeks back.

However, the DMW boss announced the birth of their son, David Adedeji Ifeanyi Adeleke Jr, in the early hours of Sunday, October 20. The DMW chief shared the news on his verified Twitter handle, describing his wife-to-be as “strong.”

The newborn baby, David Adedeji Ifeanyi Adeleke, has modeled as a brand ambassador to Mario and Juliet Diapers.