Chris brown’s “Breezy” arrives next month and Brown seems to be giving fans a hint at who to expect to hear on the album.

It’s about that time for a major album rollout and it is coming courtesy of Chris Brown.

Last week, Brown announced that his forthcoming album, Breezy, would be arriving next month. He first began teasing the record in April when he gave fans a hint as to what to expect. “NOT GON LIE… It take a different type of LOVE mixed wit heartbreak for some of these songs on my album,” he previously wrote. “So ahead of time…. THANK YOU [praying hands emoji].”

Brown also shared that we can expect more tracks than usual this time around and on Tuesday (May 17), he looks to have shared the features that will make appearances on Breezy.

Over several Instagram Story slides, Brown wrote many of his peers’ names without context. This led his fanbase to believe that these artists have collaborated with the hitmaker: WizKID, Yung Bleu (or BLEU), Ella Mai, H.E.R., Lil Wayne, Blxst, Anderson .Paak, Jack Harlow, Fivio Foreign, Tory Lanez, and EST Gee.

This won’t be the first time Chris Brown and Wizkid would be collaborating as their relationship goes way back. In 2017, Wizkid featured Chris Brown in “African Bad Gyal” and he also brought him out as a performing artiste in his last concert at the o2 Arena. 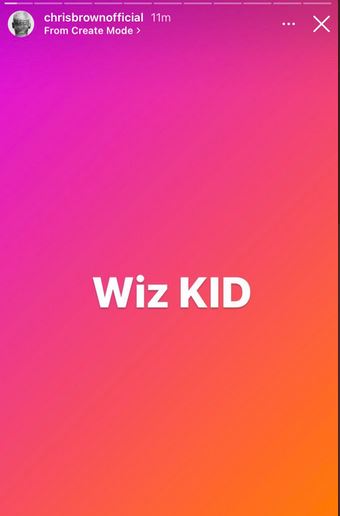 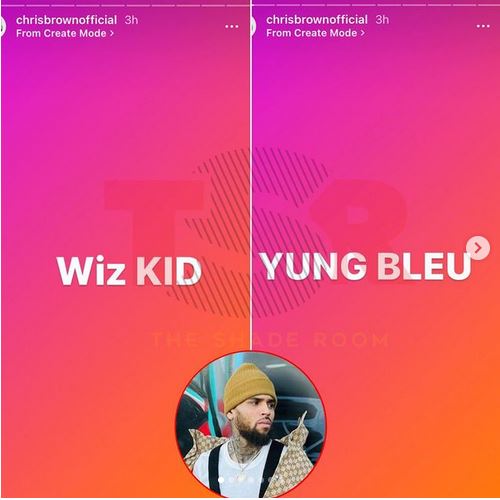