Written by Dashboard-Maxlagos on September 16, 2021

Popular social media comedian, ZicSaloma who recently acquire a house few months after becoming a Benz owner, has once again reacted to speculation making the rounds on social media that alleges that many young wealthy individuals are into something fraudulent.

The comedian took to his Twitter handle to reveal that he has been tag with a recent trend on Twitter that claims that his wealth isn’t legitimate. He further revealed that a lot of young people do not believe that they can be wealthy legitimately.

“I have been seeing a weird trend on Twitter where I am tagged; 90% of MALEs actually think a young person cannot be legitimately wealthy- especially comedians it’s safe to say many of such thinkers might never be wealthy because you cant pursue what does not exist”. 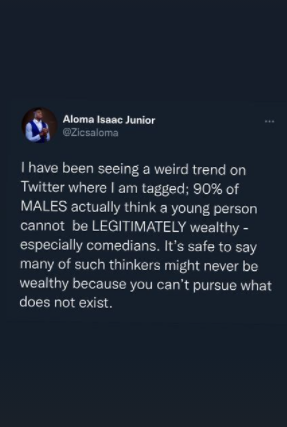 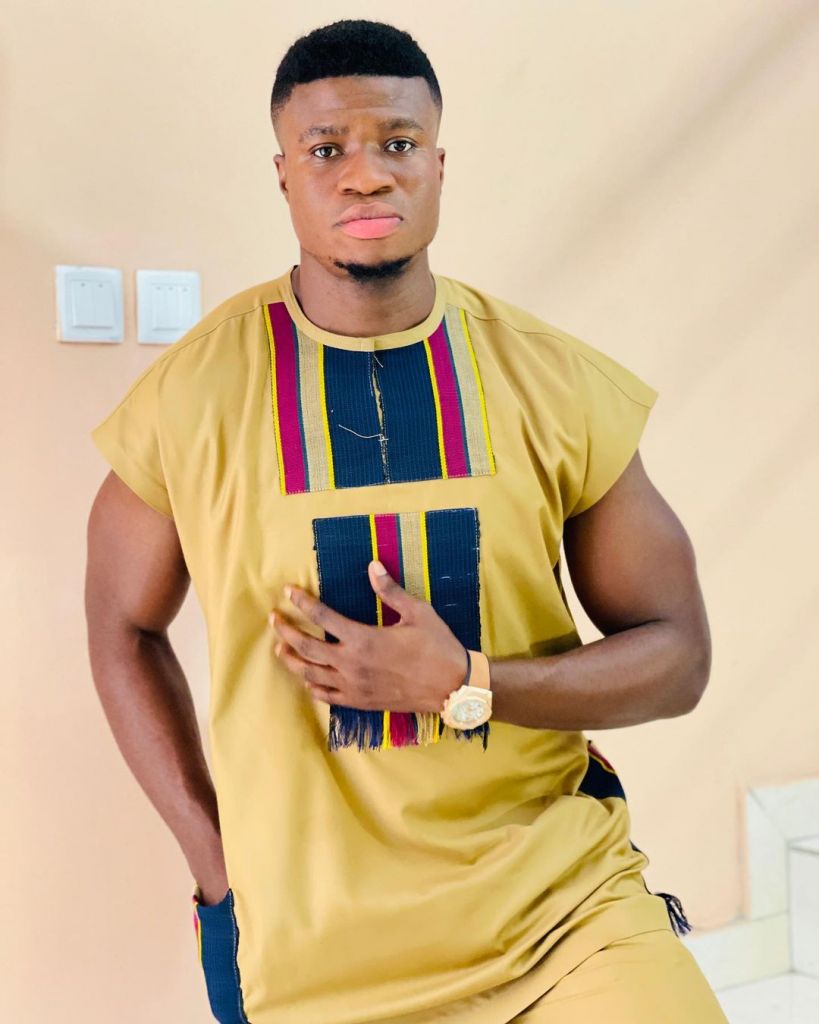