Reality TV show star, Kemen recently shared his honest view about the recent criticism that has surrounded people that have taken to social media to pay tributes to the dead. In his opinion he revealed that the love and respect being accorded to the dead is a off act of last respect as such, it can’t be given to the living.

Read his message below: 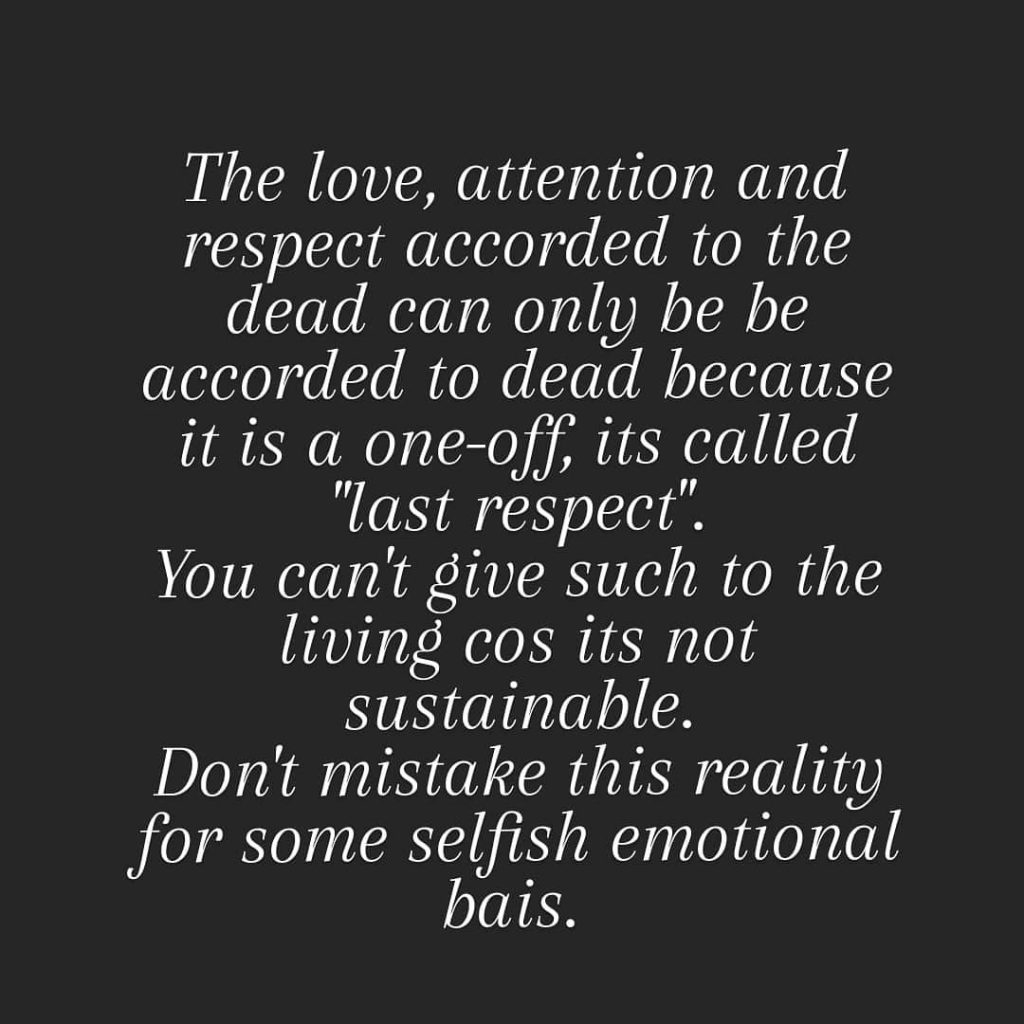