Seems all is not well with Davido and his 1st baby mama, Sophia Momodu. Few days ago, Davido praised his 2nd baby mama, Amanda, saying she doesn’t give ‘wahala’. He also shared a photo of his girlfriend Chioma, and then shared a middle finger photo, insinuating ‘f*ck you’ to whoever. Well, many felt the middle finger was for his first baby mama Sophia.

She has now subbed someone on Instagram, and apparently, we think it’s for Davido.

She said: “I don’t need you and you hate that” 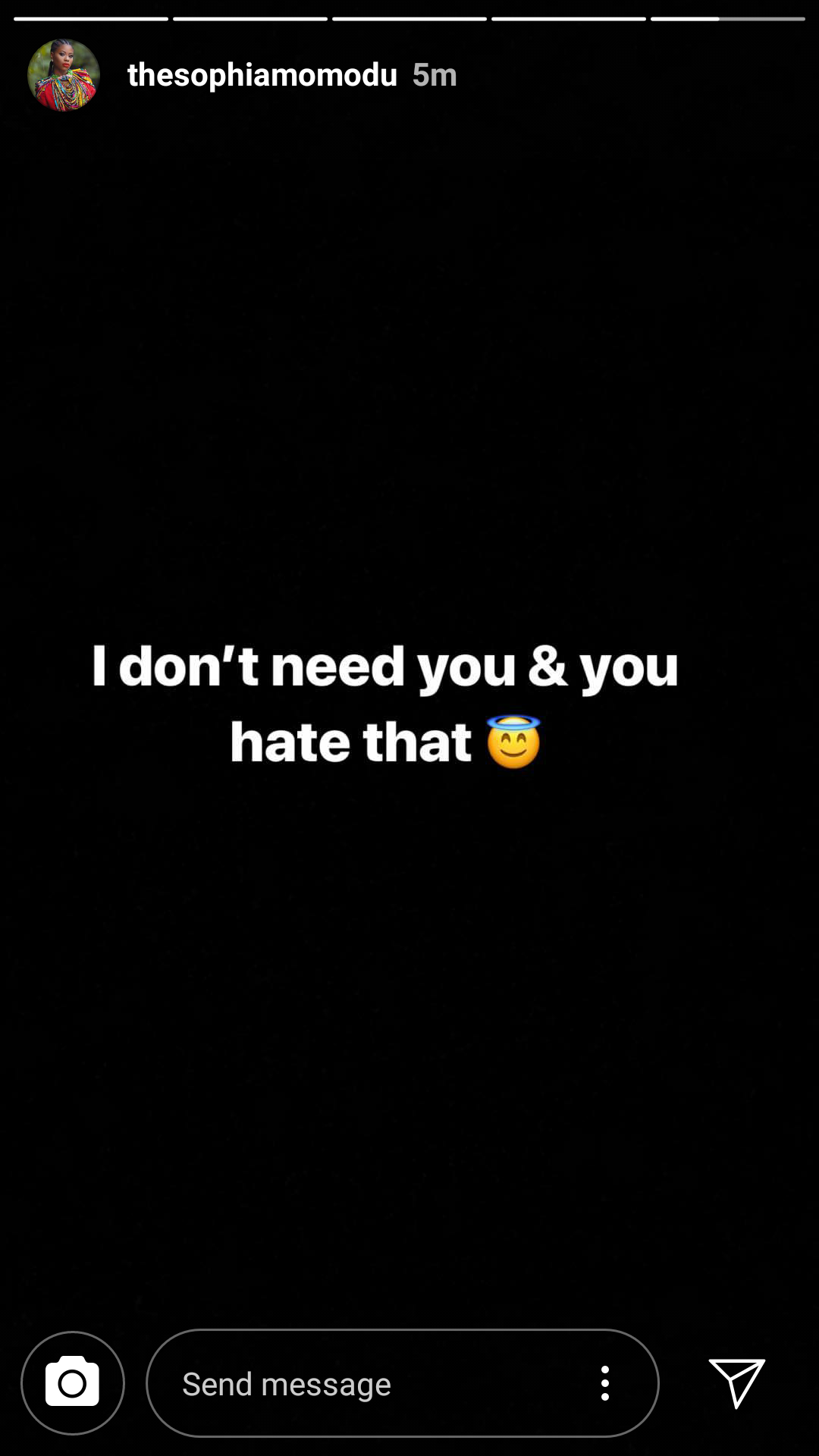