Popular known personality, Chief Dele Momodu said he is ready to give most of his income to the poor and he shared proof that he has started doing that already. It is reported that the Ovation International CEO made this revelation on Twitter and insisted he isn’t doing it for any political position because he isn’t interested in any right now. 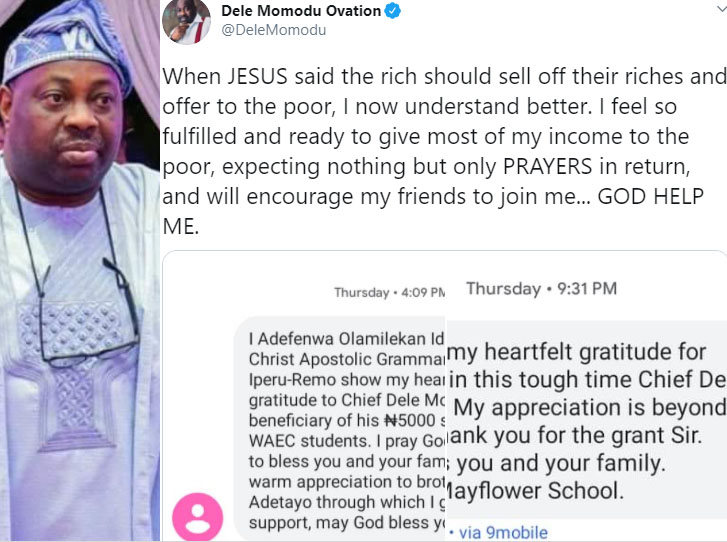 He shared screenshots of his beneficiaries thanking him for investing in them and he wrote: “When JESUS said the rich should sell off their riches and offer to the poor, I now understand better. I feel so fulfilled and ready to give most of my income to the poor, expecting nothing but only PRAYERS in return, and will encourage my friends to join me… GOD HELP ME..” 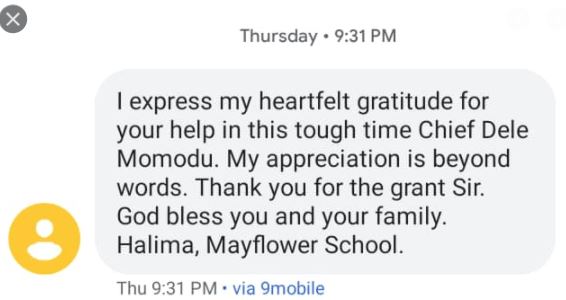 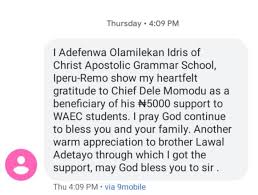