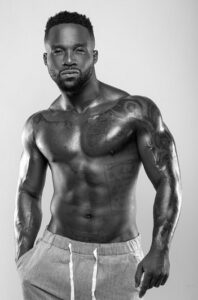 Mixed and mastered “Call,” which was produced by the multi-talented 1da Banton, is in fact an amazing comeback for Iyanya. 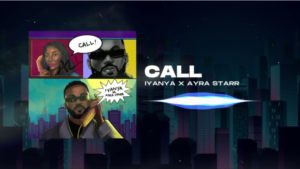 In an interview at Max Fm Studio, Iyanya stated that he featured Ayra Starr because Ida Banton thought she’d be perfect for it and it eventually came out amazing.

Iyanya Has Been Missing From Action

Born Iyanya Onoyom Mbuk, the artiste was the toast of the town with his smashing hit song, Kukere.

With the success of the song, the singer followed up with other classic hit songs like ‘Ur Waist’, ‘Flavour’, ‘Sexy Mama’, and ‘Jombolo’, which were all on his sophomore album, Desire.

The performer rose to fame after winning the first season of the MTN Project Fame West Africa.

The multiple award-winning artist has clinched awards like the Artist of the Year award at The Headies in 2013, Soul Train Music Awards, Channel O Music Video Awards, City People Entertainment Awards, Ghana Music Awards, but to mention a few.

While he has released several records since he dropped Kukere, the artiste has been off the radar in recent times.

In October 2016, Iyanya announced on Instagram that he signed a record deal with Mavin Records. A few months prior, he signed a management deal with Temple Management Company. Both relationships were short-lived.

In recent times, not much has been heard of the artiste personally or ‘musically’.

Iyanya escapes death by missing his flight to Lagos

Iyanya Mbuk, the Winner of the MTN Project fame West Africa Season 1, and the Singer of the hit Nigerian track “Kukere” used social media, and Twitter to reveal how he escaped death by deciding to miss the flight that crashed in Lagos state today.

He Tweeted, ‘I don’t think I had an authentic reason to stay back in Abuja, I just came up with an excuse that i wana go to the studio in Abuja”

‘When it’s not your time… it’s not urs…. it took me 30 mins to convince my manager that we should stay back in Abuja…GOD IS GREAT!!!!’ 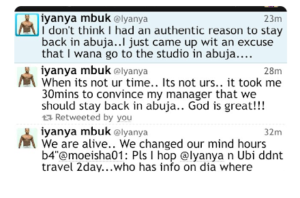