Jordyn Woods will be on Jada Pinkett-Smith‘s show, Red Table Talk to discuss the scandal with Tristan Thompson, and Kim Kardashian‘s best friend, Larsa Pippen has something to say about this. 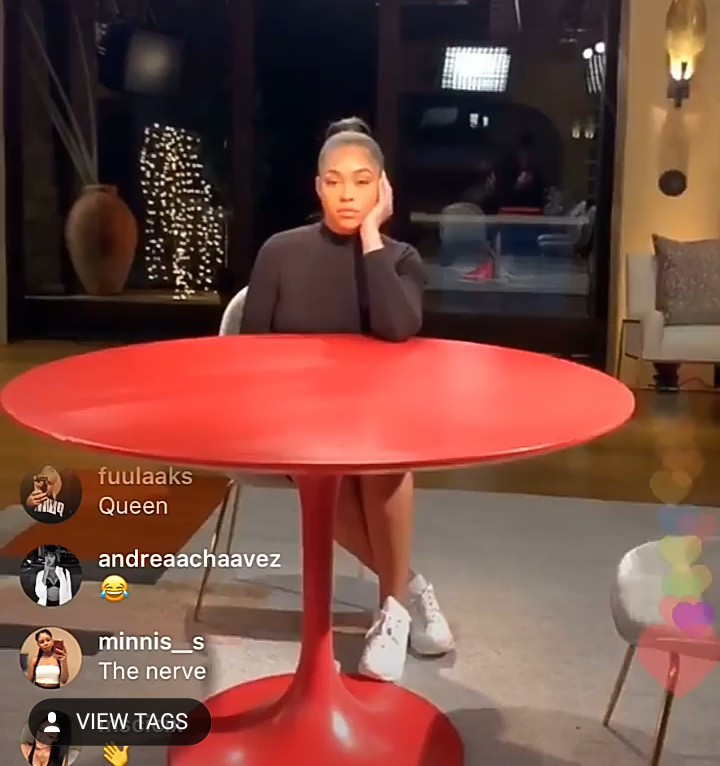 The appearance of Jordyn was teased and Larsa took to the comment section on Instagram to say,

“Can’t wait to see which version of her story she tells. Hope it’s the same she told @khloekardashian when she checked her.” 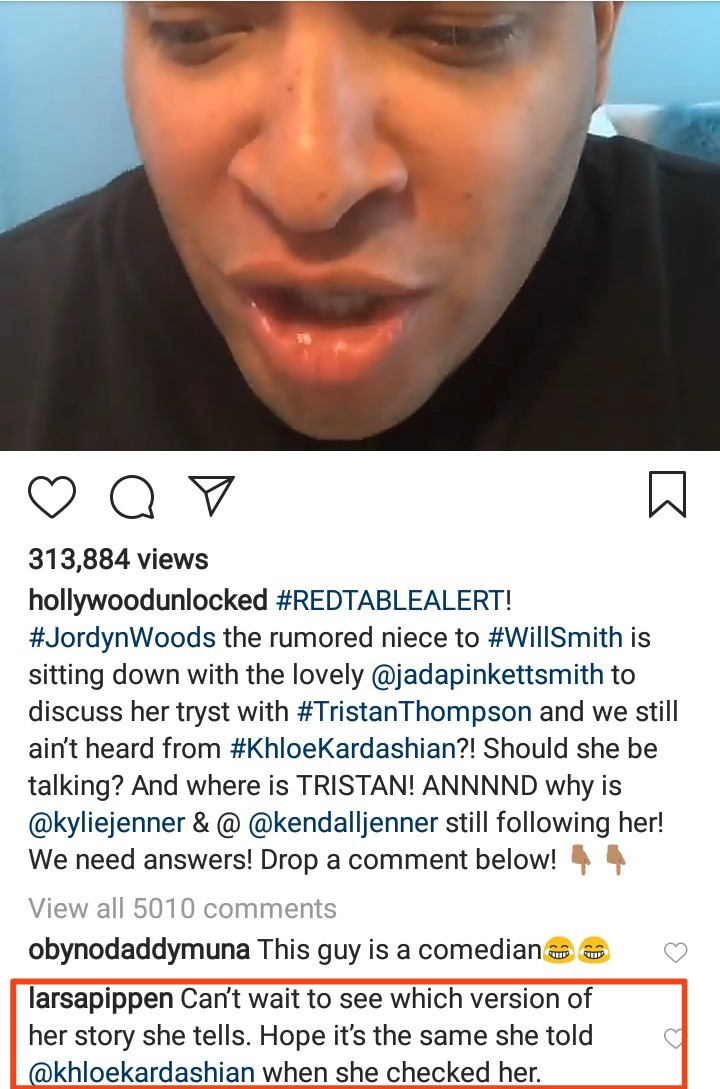 Though the Kardashian’s and their friends are against Jordyn, quite a number of people are on her side and eager to see her rise from the scandal. 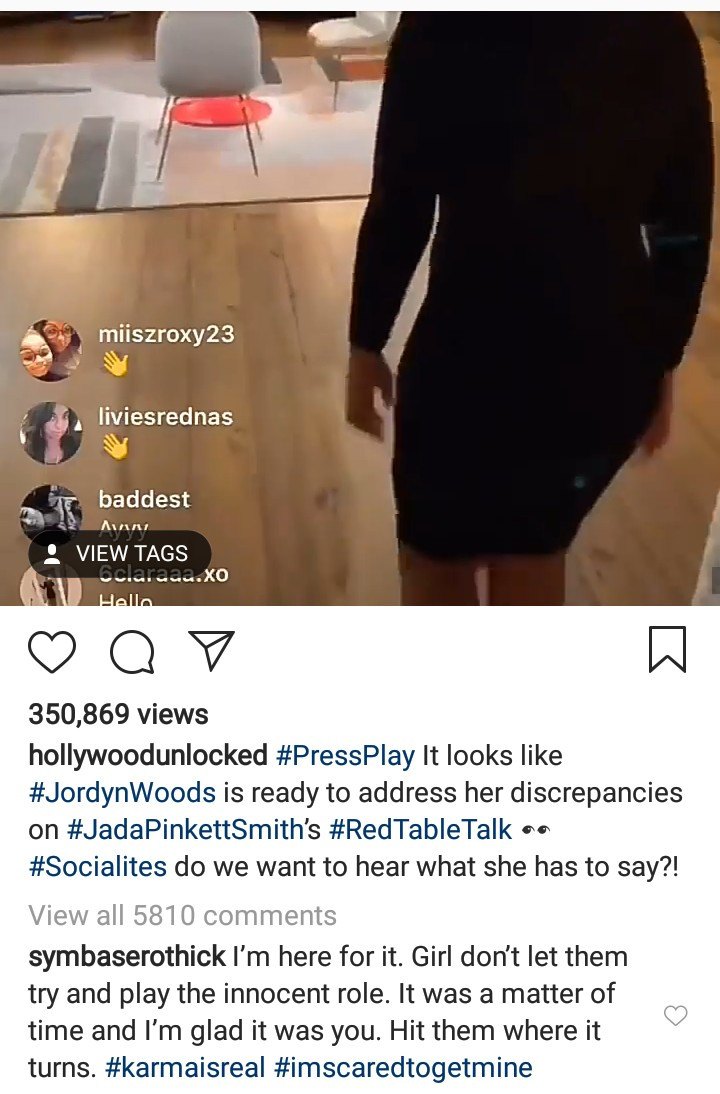 Meanwhile, the Smiths are longtime friends of Jordyn and she refers to Will Smith as her uncle so that explains why Jada is giving her a chance.