Barely a month after they exchanged their vows in an impromptu ceremony in Las Vegas, American reality star Kourtney Kardashian and American musician Travis Barker are now officially married. 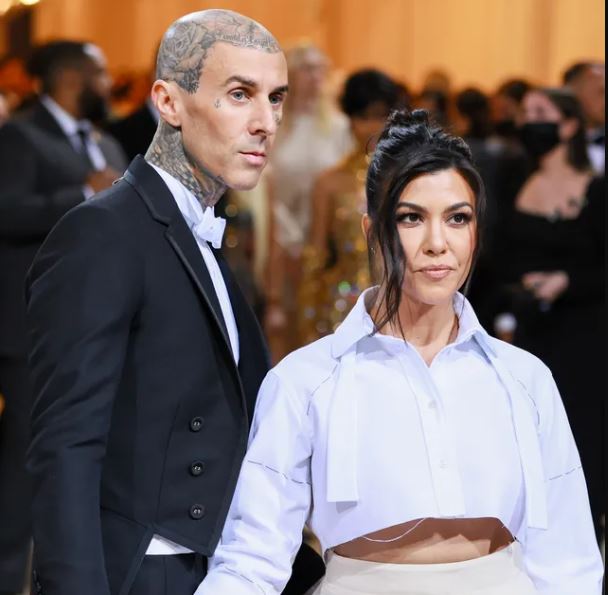 According to close sources, the couple got legally married in Santa Barbara with a few close friends and family members in attendance.

Travis Barker was seen wearing a tux, while Kourtney was decked out in a white dress, as they reportedly exchanged vows at the steps of a downtown courthouse.

They were also spotted leaving the courthouse in a convertible with a “JUST MARRIED” sign attached to it.

Confirming the story, Kourtney and Travis posted a series of black and white photos from their big day with the caption, “Till death do us part”

All of this is coming one month after their Las Vegas chapel trial wedding, which Kourtney later said was only a “practice.”

Just so you know, Kourtney and Travis got engaged in October 2021 on a beachfront in California in less than a year of dating.