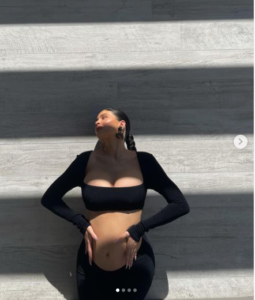 Kylie Jenner has announced that her baby boy will no longer be called Wolf Webster.

Jenner’s announcement came after she gave fans a glimpse of her pregnancy journey in a video titled ‘To Our Son’.

The video took fans from when she discovered she was pregnant to when she shared the news with Travis, her mother, Kris, up until the birth of her son.

Following the video’s release, the star took to her Instagram stories yesterday to share that their son will no longer be called Wolf, reports Mirror. According to the publication, Kylie and Travis did not feel the new name “was him”. 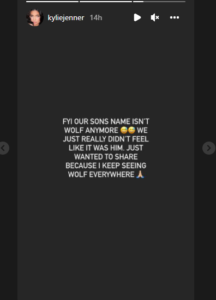