NFF confirms receipt of $1m from FIFA as COVID-19 Palliatives

President of the Nigeria Football Federation (NFF), Amaju Pinnick has confirmed the receipt of $1 million as COVID-19 palliatives from the world football governing body, FIFA.

He also revealed that FIFA sent $600,000 for the FIFA Forward 2.0 projects in Birnin-Kebbi, Kebbi State, and Ugborodo in Delta State while stating that the body will be expecting $300,000 from the Confederation of African Football (CAF) before November 1st, 2020. 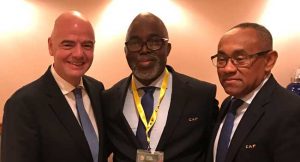 According to Pinnick, the NFF will work with an auditing firm to ensure the disbursements follow the best global practices.

“Huge appreciation to football’s world governing body, @FIFAcom, for the $1 million (one million dollars) the Federation has received in the frame of COVID-19 palliatives,” Pinnick began in a series of tweets on his handle on Wednesday, October 28..
“The money was received by the @thenff and we re-confirmed the purpose from FIFA two days ago.”

“At $300,000 each, it will enable the mini-stadia in both centers to start at a very good pace, as we earmark completion by the end of March 2021,” the Federation leader added.

“With the $200,000 we have already ring-fenced from our sponsors’ funds for the purpose, the coast will then be clear for us to start the disbursement of funds to the beneficiaries, as captured in our approved template, from next week.”

“Beneficiaries MUST ensure 100% compliance to guidelines by ensuring that all funds are paid into designated accounts,” the Delta-born Pinnick stated.

“I would also like to thank all beneficiaries for their patience and understanding at these trying times. Finally, I would like to wish @FIFAcom President, Gianni Infantino God’s speed as he recovers.” 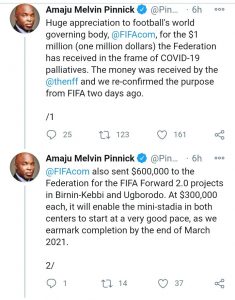 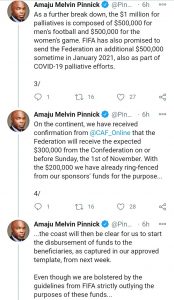 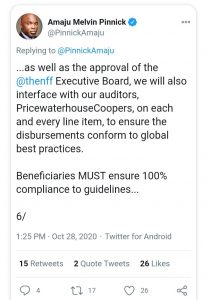 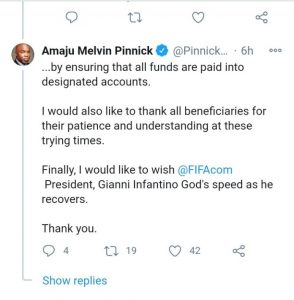 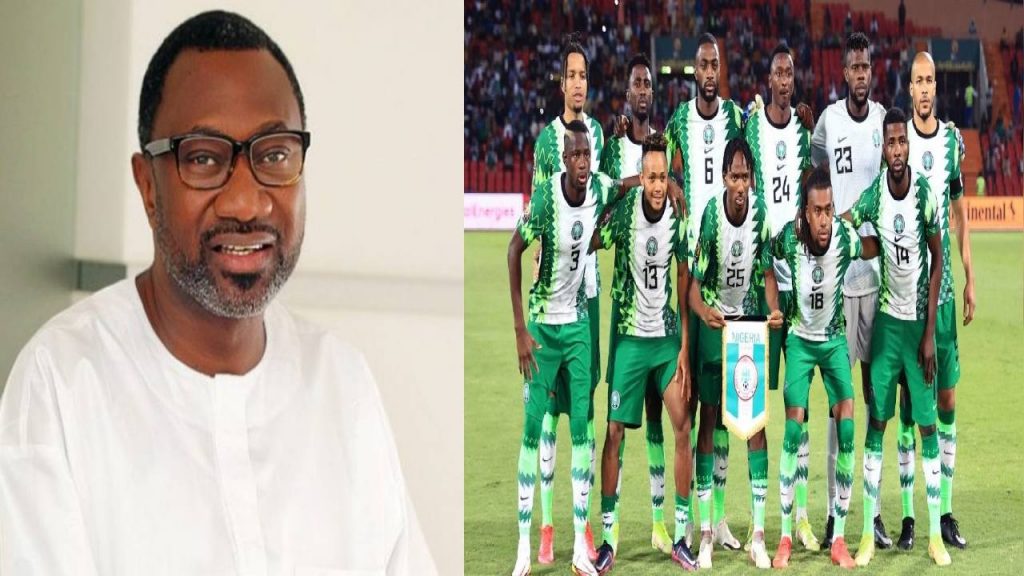 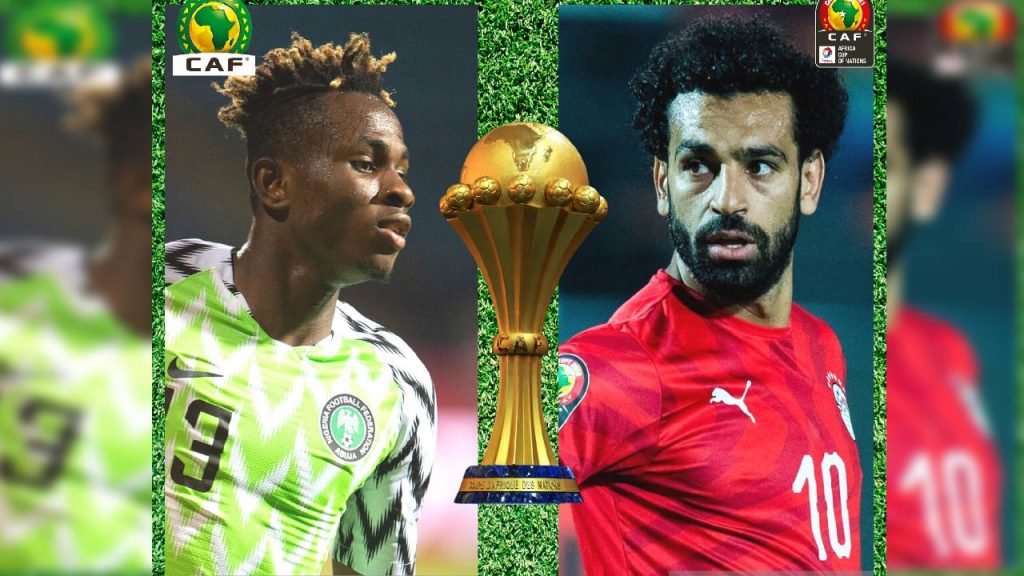 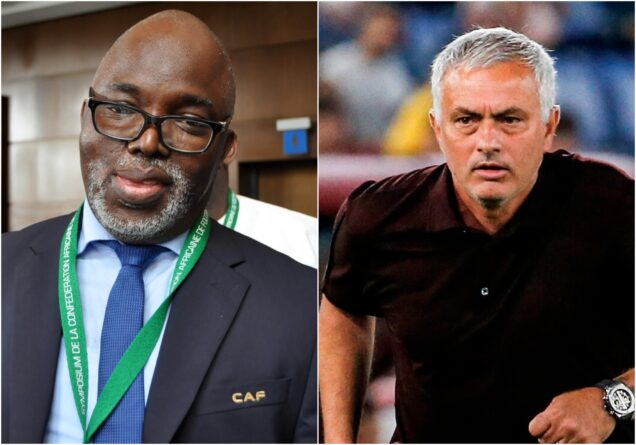 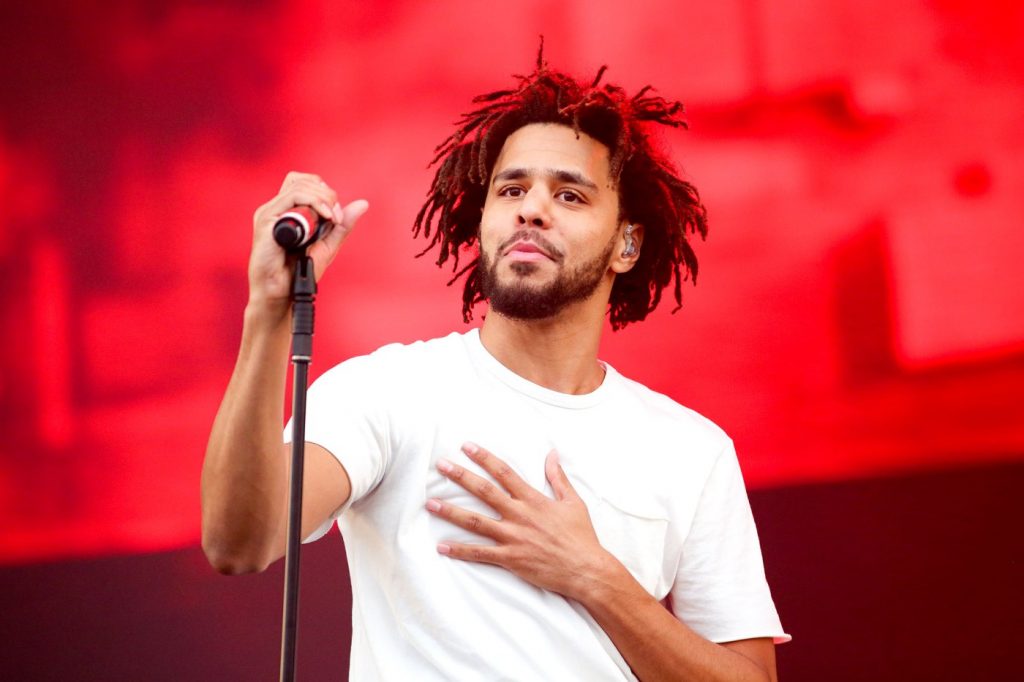 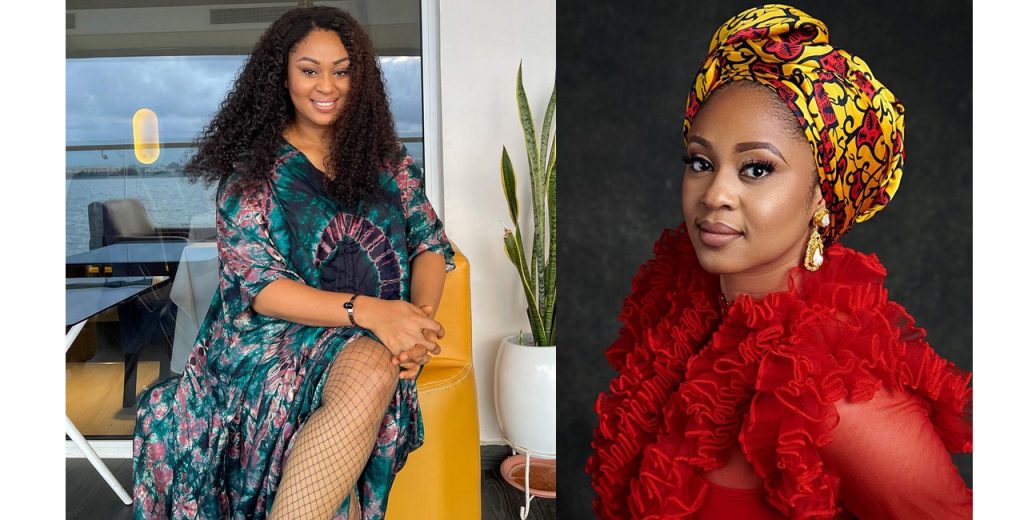