Media personality and fashion tycoon, Denrele, paid a visit to the gravesite of late singer and his friend Oluwabimpe Harvey popularly known as Goldie, on February 14 as it clocks 9 years since she passed away. 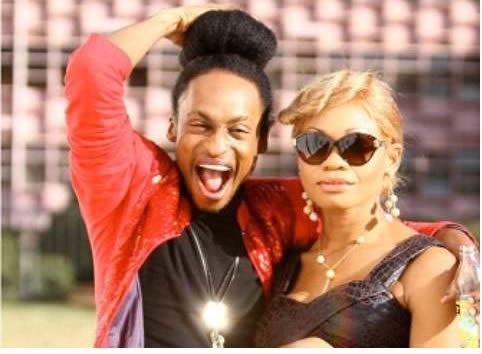 During her time Goldie who was one of the sought-after singers in Nigeria who suddenly died in 2013. When she passed away Denrele’s tribute was one of the most emotional penned to her memory as it moved many to tears.

Denrele paid an emotional tribute to the singer yet again as he does yearly, by sharing photos of his visit to the gravesite he wrote via his Instagram page:

You’re not here GOLDIE HARVEY, but your presence lingers in the shadows.
You don’t see what I see, but I hear you laughing with me when I laugh.
You don’t know what I feel, but I feel you, feeling for me.

Came to visit you as usual, dear Friend and again, I felt your presence… In that swift sweep of wind that always picks up around your Resting Place.” 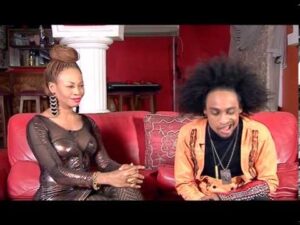 Edun also went ahead to play catch up as he was seen bringing her up to speed on the recent happenings in his life. The duo as considered best friends when Goldie was still alive.

Denrele ended the tribute saying: “Lives are like rivers: Eventually they go where they must. Not where we want them to.” 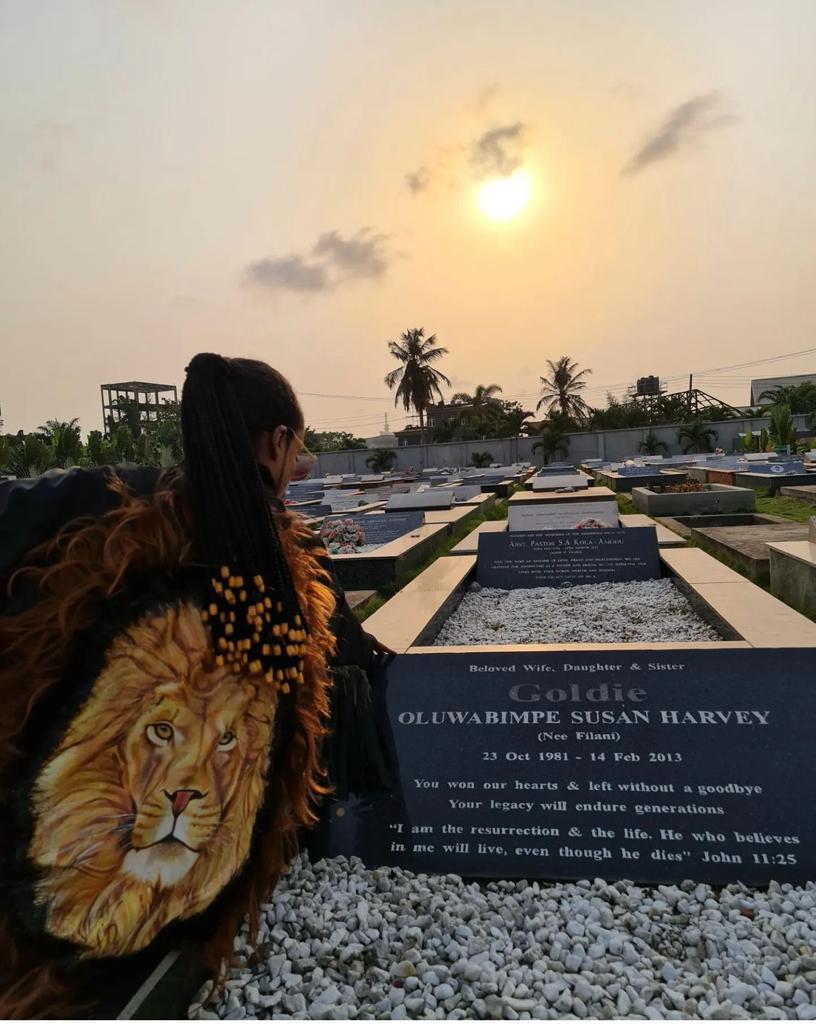 She is greatly missed!