Paris Saint-Germain star, Kylian Mbappe, has been named this year’s most valuable player in world football, with a £231.1million price tag.

According to Sky Sports, a study by the CIES Football Observatory on Monday shows that the France World Cup winner is rated as the Most Valuable Player in world football.

Mbappe has had a £231.1million price tag put on his head in a study of the top 100 players from Europe’s five biggest leagues.

Alexander-Arnold has been valued at £152.6m (fourth position), while Rashford is priced £135.8m (fifth position). 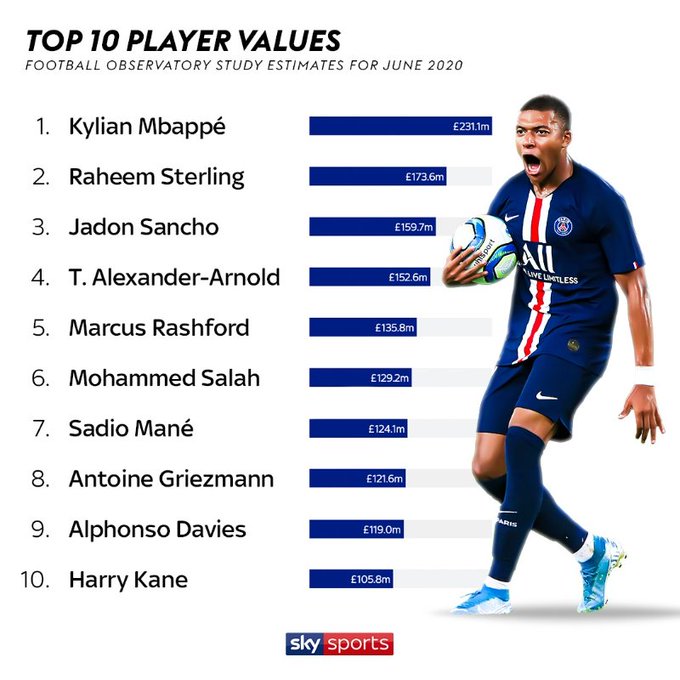