Written by Dashboard-Maxlagos on October 12, 2021

Actress, Tonto Dikeh took to her social media page to call out Jena this morning, this is in response to the lawsuit filed against her by the popular Instagram twerker following the allegation that even as a married woman, her sex tape in the possession of Tonto’s ex-boyfriend, kpokpogri.

Tonto, however, revealed that Jane cannot be begging her behind the scene to help her save her marriage and then come out in public with a lawsuit against her. 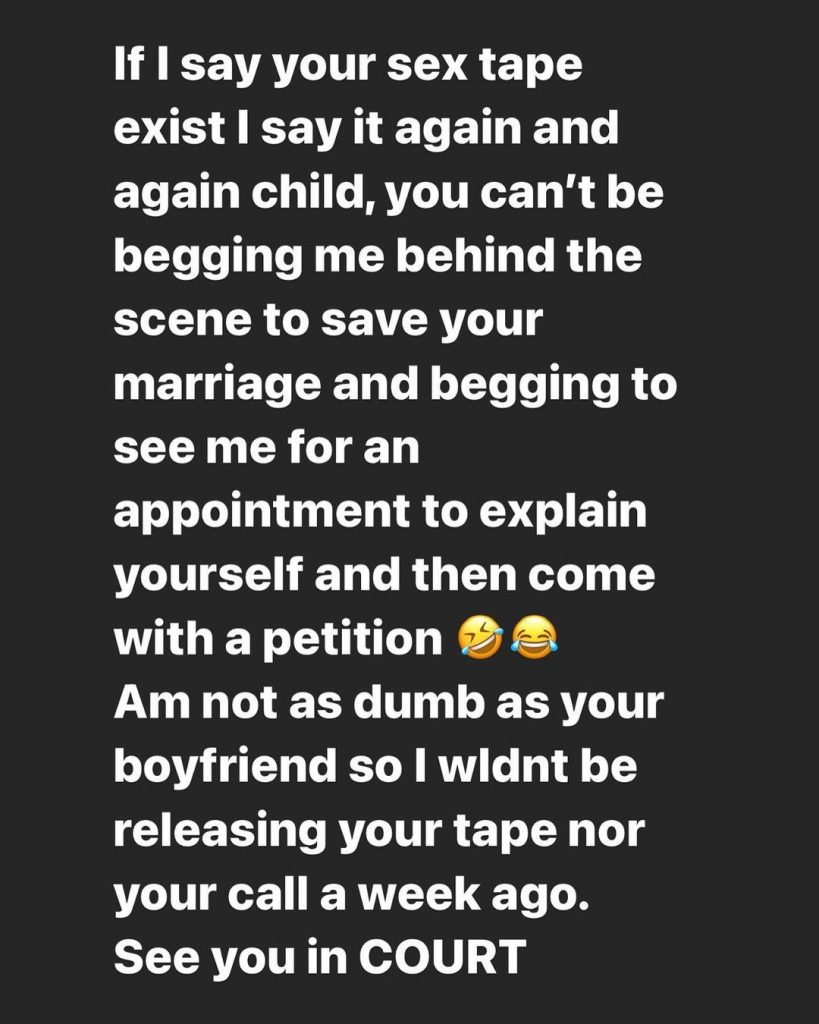