Singer, Mayorkun reveals why he didn’t feature Davido in his new album

Written by Dashboard-Maxlagos on October 23, 2021

Singer Mayorkun recently held his album listening party but there are speculations that the singer is no longer with Davido’s record label, DMW.
During the album listening party which was hosted by Ebuka Uchendu, the singer, however, revealed the reason why he didn’t feature Davido in any of the songs on the ‘Back to office’ album which is scheduled to be released on the 29th of October.

“Most people don’t know how creating an album works; sometimes, it’s a group of songs you’ve had way back and just compile together.

“The songs that we have together I don’t feel like it’s for this album but for a later time.

“I and Davido have songs together and it is not a situation that I took out his song for my album.” 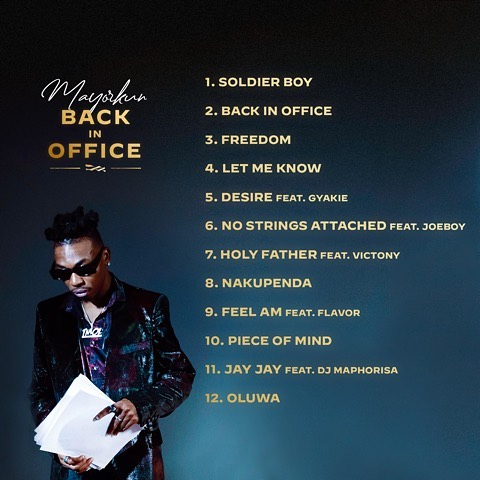