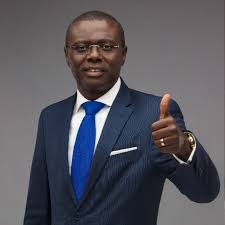 Governor-Elect of Lagos State, Babajide Sanwo-Olu, has revealed that he will curb reckless driving issues in BRT by employing graduates as drivers and adding more dignity to the work. He made this known on Saturday during an interactive session with his classmates at the Executive Master of Business Administration class, University of Lagos, 1998/2000 set. […]