Actress, Etinosa Idemudia sends 700k to an associate instead of 70k, blames Davido for the error 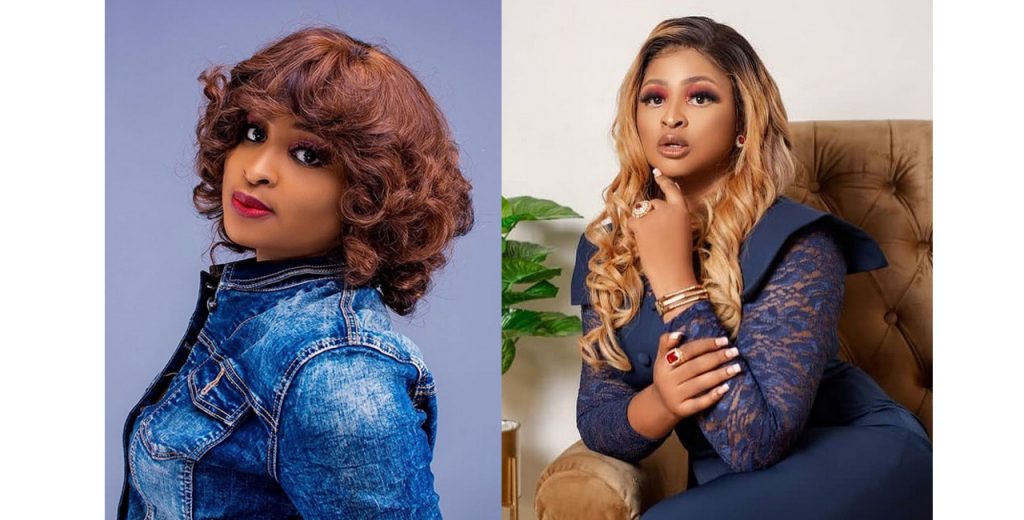 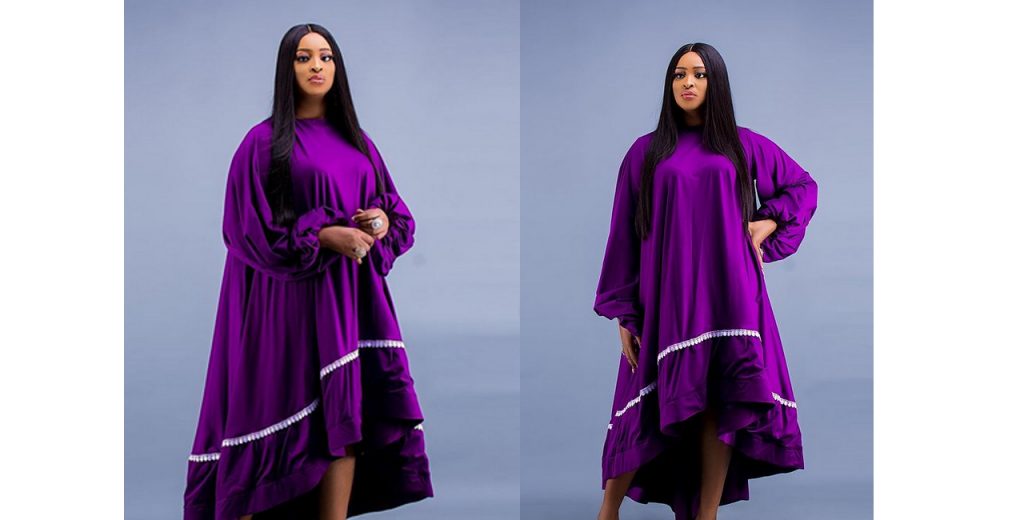 Nollywood actress, Etinosa Idemudia recently questions the powers that be that lie in the hands of African elders. She revealed that African elders have the habit of not apologizing to younger ones when they offend them. She wrote: “Happy Sunday 💜 . I want to talk about the last slide😂😂 Why do African elders find […]

Actress, Etinosa Idemudia calls for regulation in the entertainment industry 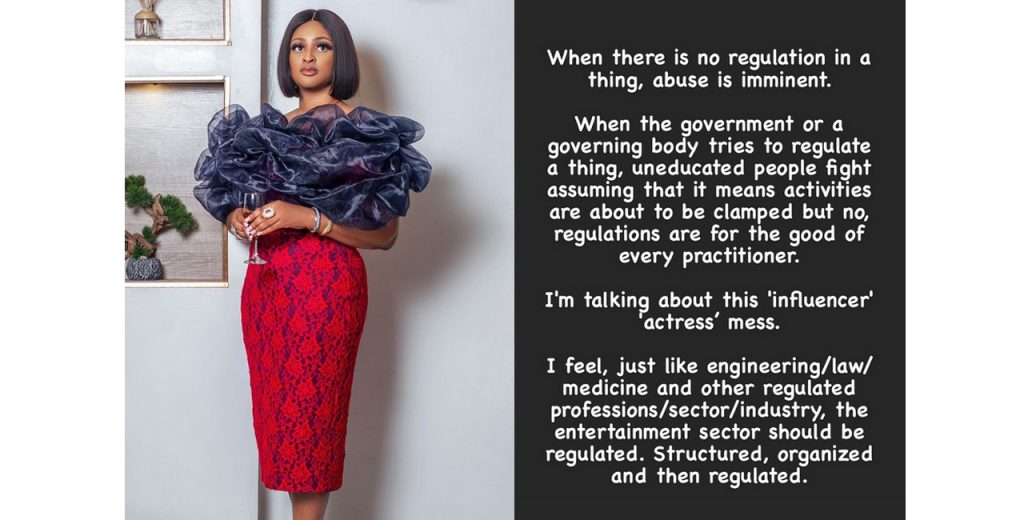 Nollywood actress and engineer, Etinosa have called for the need to have a regulatory body in the entertainment/influencer sector in order to avoid what she describes as a mess that is currently taking place in the industry. In her message which she shared on social media, she revealed that proper education and training of practitioners […] 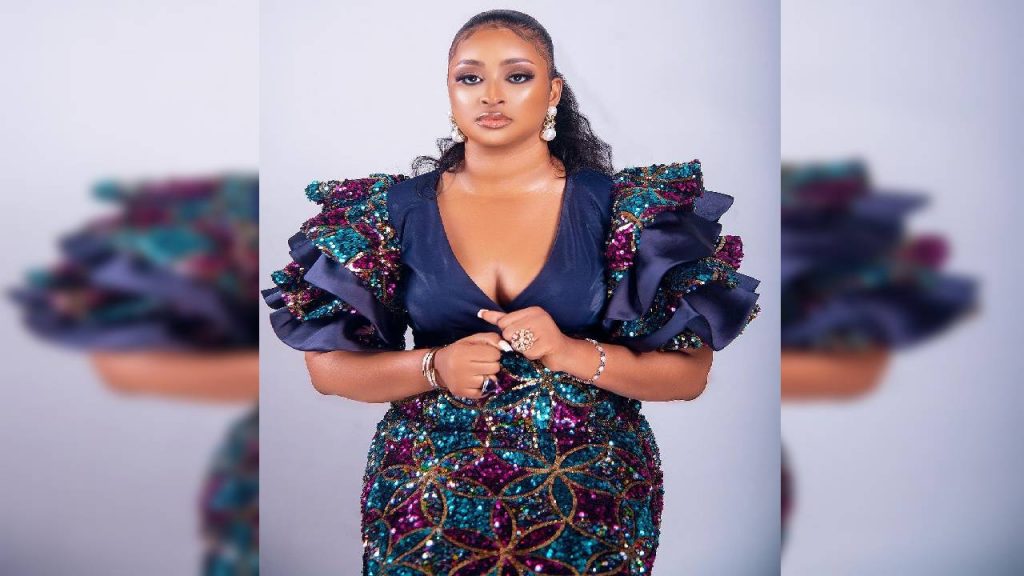 Etinosa Idemudia, has been nominated for four awards in Hollywood and African and has been invited to the United States for the event. She shared this good news on her social media page recently, sharing screenshots of her invite. She captioned her post, “I have just received multiple award nominations and invitations to Los Angeles […] 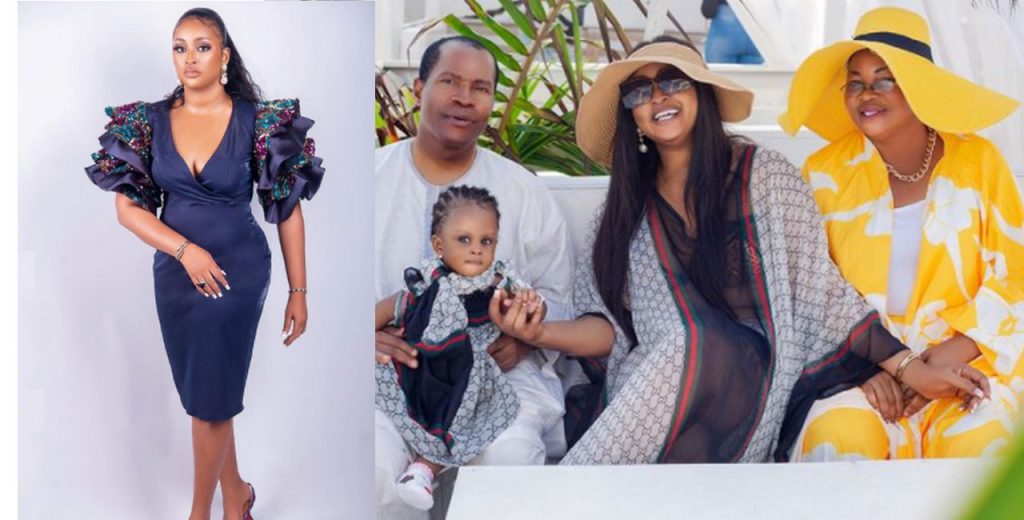 Nollywood actress, Etinosa Idemudia has lost her dad, Engr S.O. She announced it today the 19th of September via her social media handle as she shared an all-black image to indicate the mourning period.   She wrote Dear dad, Engr S.O. I know no one lives forever but I never thought I will be writing […]

Actress Etinosa welcomes her mum to her new house 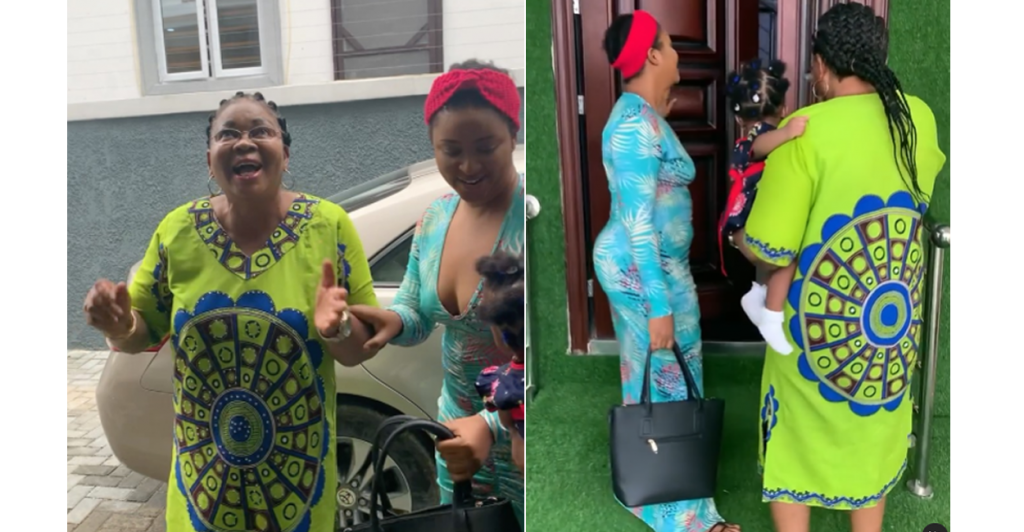 Nollywood actress, Etinosa Idemudia who recently acquired a new house, took to social media today to share a video of the beautiful moment, her mum came visiting her for the first time since she moved into her new house. She knelt down while her mum said a few words of prayer for her and her […]

Etinosa Idemudia says she is tired Nigerians view on feminism 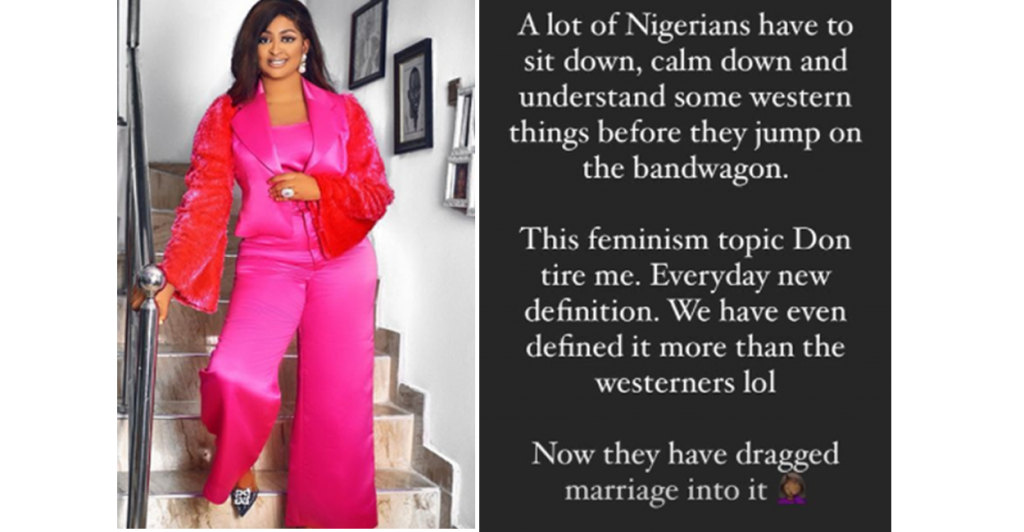 Lately, there has been a lot of opinions on social media about feminism, and actress Etinosa seems to have had enough of it as she took to her social media page this afternoon to reveal that, Nigerians need to understand certain things about western life and how it affects feminism before they give their opinion. […] 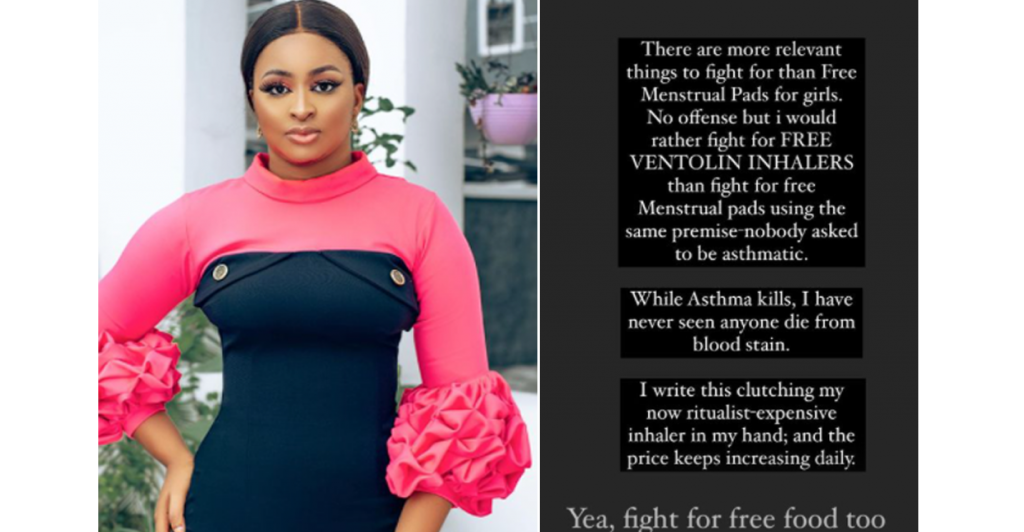 Actress, Etinosa Idemudia recently took a subtle swipe at Ubi Franklin who recently suggested that the government should consider giving free sanitary pads to girls. In her recent post, she stated that making inhalers free for anyone who needs them should be considered more appropriate because an asthmatic patient could die from the lack of […] 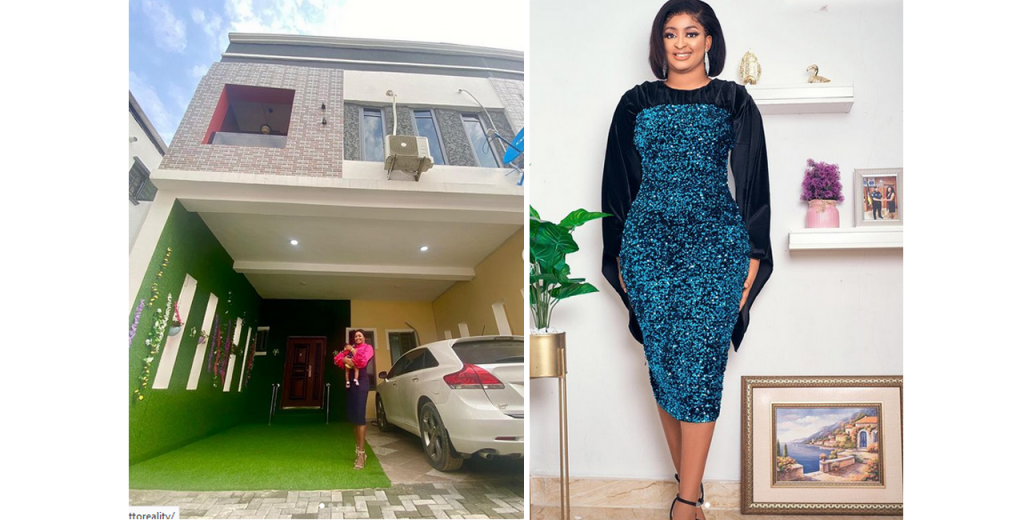 Actress and mother of one, Etinosa Idemudia counts her blessings as she reveals that she is now a home owner. The actress wrote: “Today I am grateful for so many things. I prayed for a child and a home few years ago. Things haven’t been so easy but today it is a reality. Join me […]

Etinosa takes side with Tacha 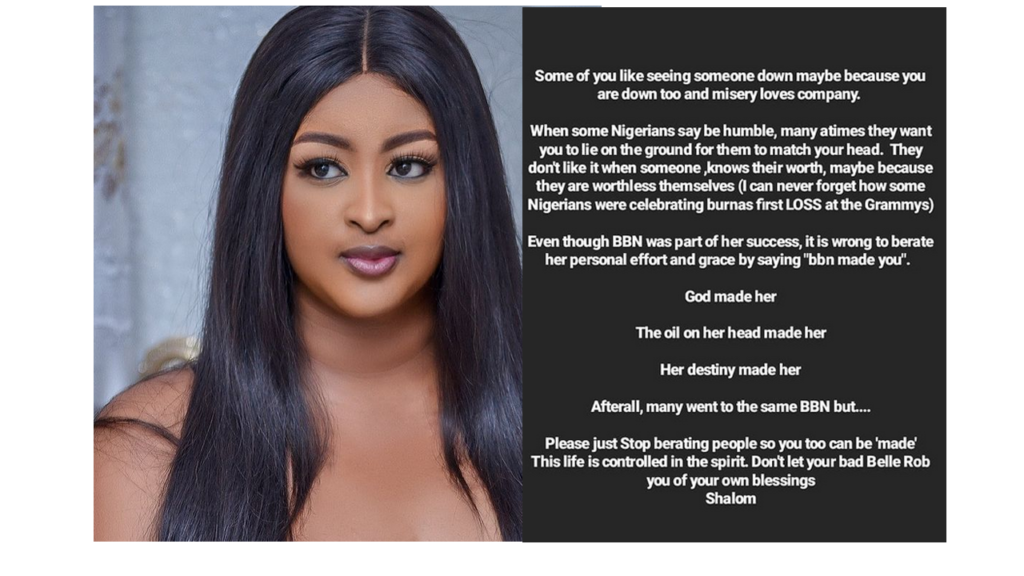 Former BBNaija housemate, Tacha recently came under the radar on social media when she stated that the reality TV show didn’t make her, but instead she ‘gave BBNaija a show’. Following the statement from her, celebrities and other social media users fiercely reacted and called her out as they described her as been ungrateful, etc. […]