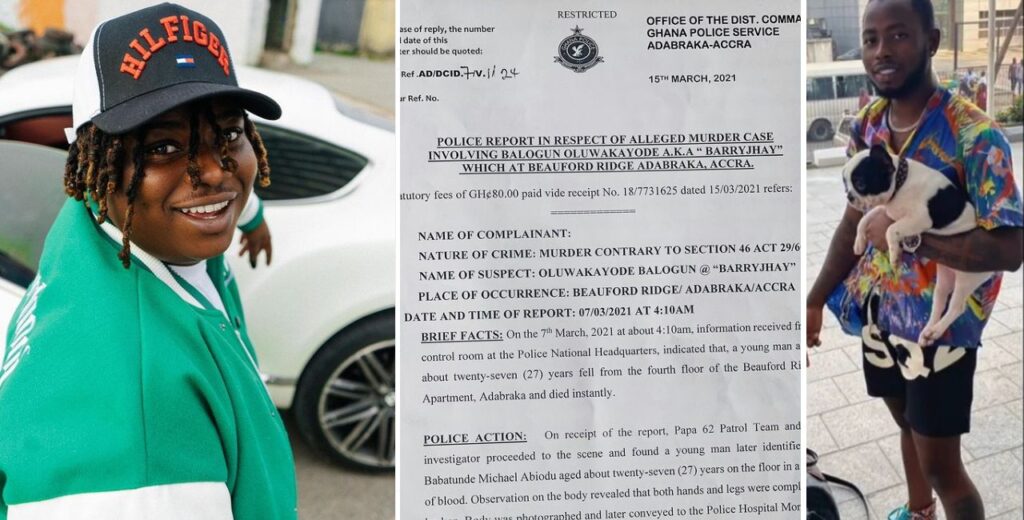 Music artist, BharryJah regains freedom after spending days in Police custody in Ghana while an investigation for his alleged involvement in the death of his record label boss, Kashy Godson was been conducted. He took to his social media platform to share the report from the just-concluded investigation by the Police, one which revealed that […]

Late young music executive, Kashy Godson gets laid to rest on his birthday

The late music executive who was alleged to have committed suicide after falling from the 5th floor of his apartment building in Ghana, has been finally laid to rest today the 12th of March which is supposed to be his birthday.