For the event, Toke wore a couple of dresses including a see through glittery dress which showed the sides of her butt. Her dresses buzzed on social media with users stating that one of her hips is bigger than the other.

One Twitter user wrote: Aunty Toke should work on her hips… One is bigger dan one. Nd one curve pass one.

And Toke replied saying: oh shut up, it’s the dress. 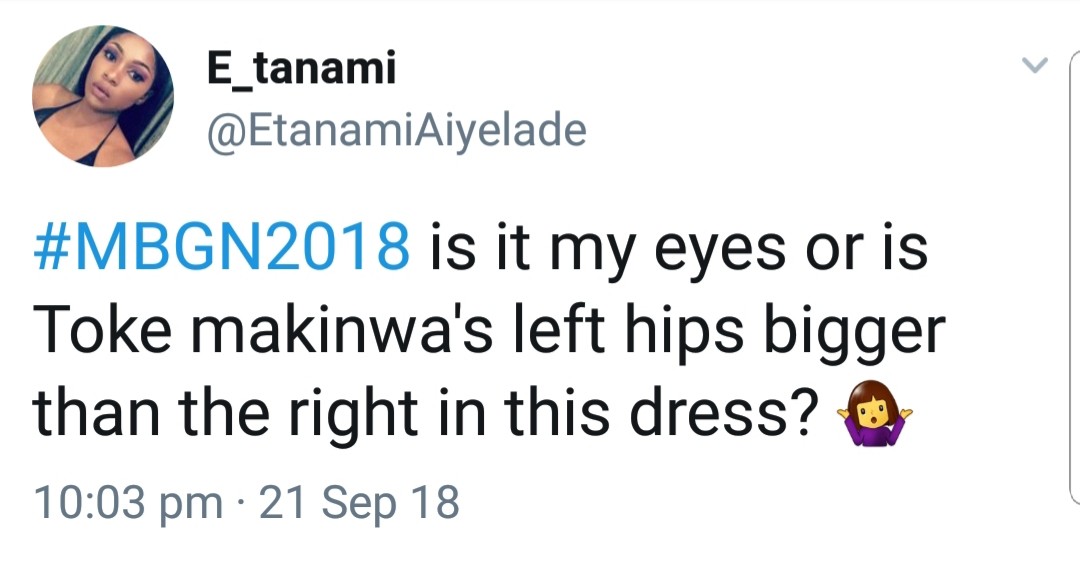 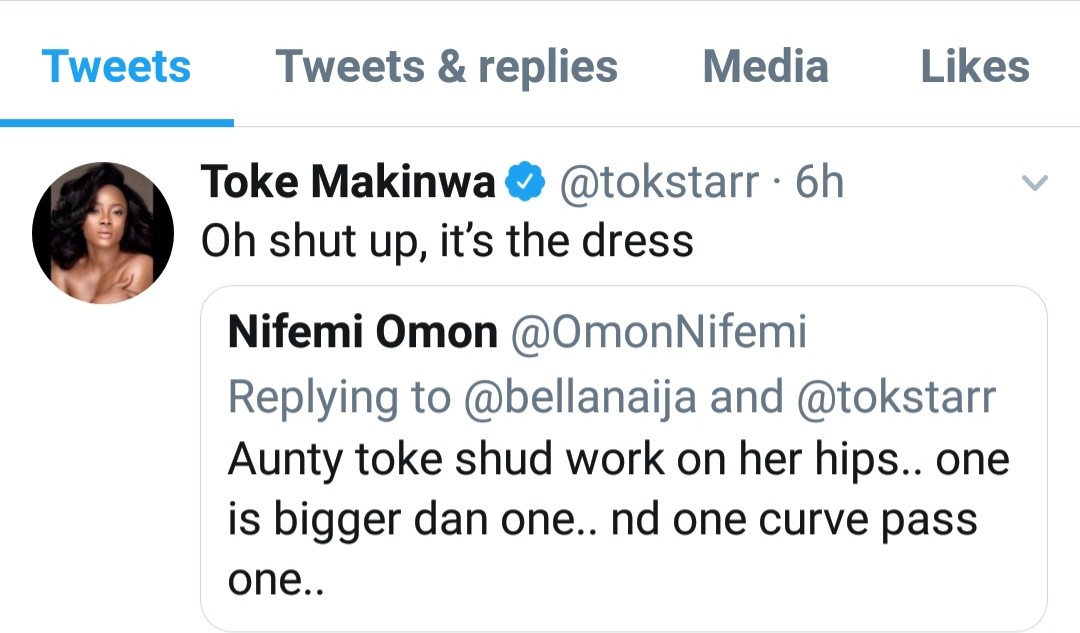 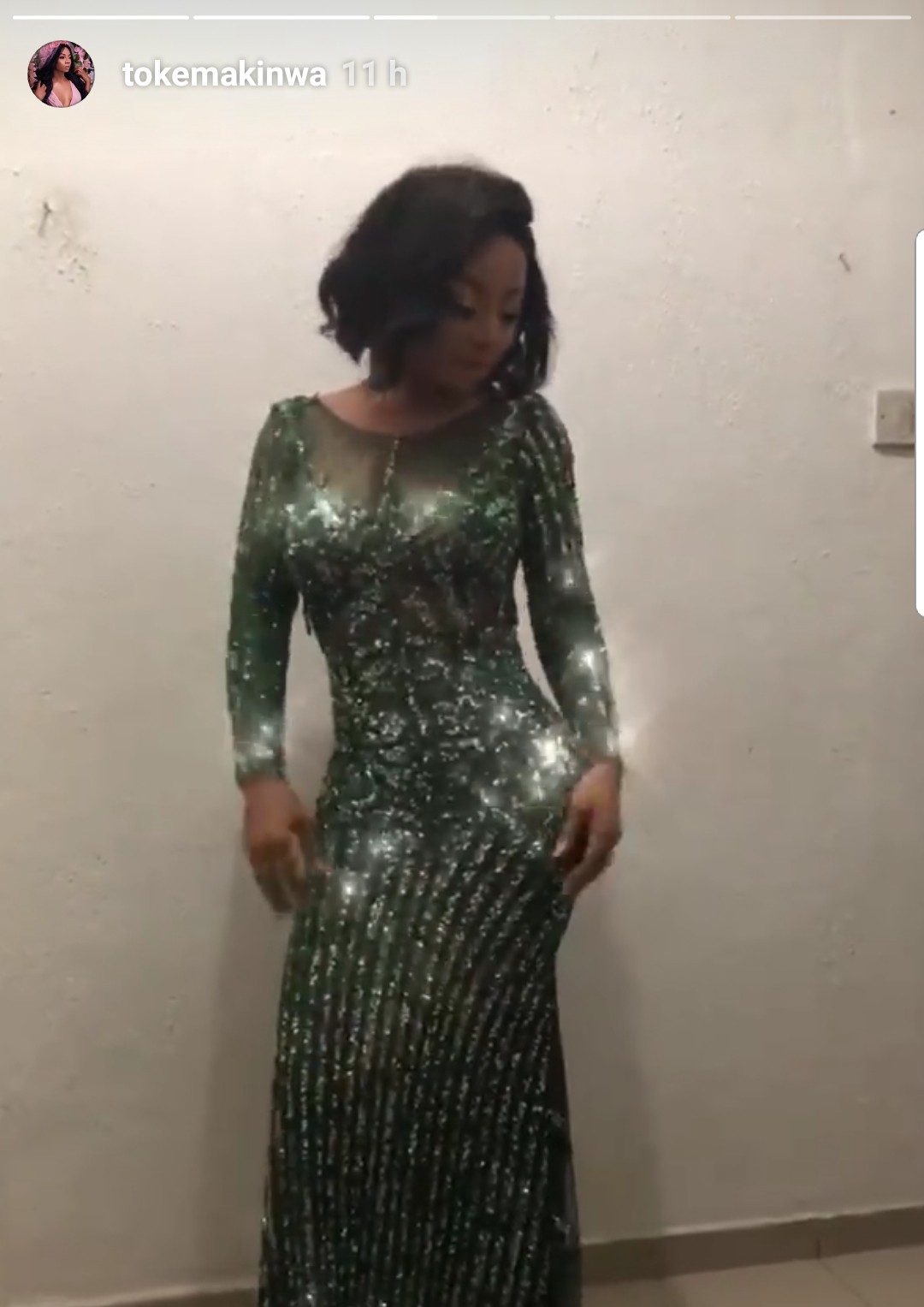