It could be recalled that he won a Grammy with this record and it looks like another might just be on its way. 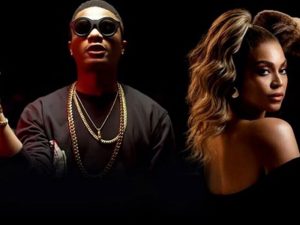 Wizkid and American rapper SAINt JHN joined Beyonce on the record from her 2019 soundtrack album “The Lion King: THE Gift”.

The nominations for the 2021 MTV Music Video Awards (VMAs) just came in and the song is running for best R&B.

Other songs in this same category include; ‘Leave the Door Open’ by Bruno Mars,  Paak, Silk Sonic, ‘Go Crazy’ by Chris Brown and Young Thug, ‘Heartbreak Anniveersary’ by Giveon, ‘Come Through’ by H.E.R. ft. Chris brown and ‘Good Days’ by SZA.