3 Fascinating Facts You Probably Don’t Know About Your Skin 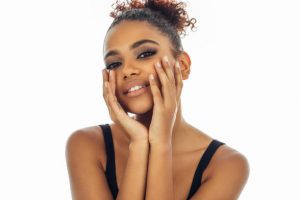 Your skin is your body’s largest organ and plays an important role in your health. According to the American Academy of Dermatology (AAD). “The skin is the body’s largest organ. It’s our first line of defence against the outside world, including irritants and allergens.

More than a protective organ, your skin functions as an immune organ, specialized immune cells live in the skin and recognize intruding organisms and substances. They send out messages to stimulate a fighter response or allergic response by recruiting specialized white blood cells from blood vessels in the skin.

1. Skin Plays an Important Role in Regulating Your Body Temperature

Not only does your skin play a role in your immune function but it also acts as a personal thermostat through a process known as thermoregulation. Conversely, your skin can also help keep you warm when it’s cold outside, via the process of vasoconstriction which is the opposite process to vasodilation: As temperatures drop, blood vessels in the skin narrow to decrease the amount of heat lost from the body through the surface of the skin.

2. Similar to a Snake That Sheds, Your Skin Renews Itself Every 28 Days

The epidermis is the thin outer layer of your skin that contains dead skin cells. This epidermis turns over every 28 days. Another way to put it is that as skin cells generate at the bottom of the epidermis, it takes them about a month to reach the surface as dead cells naturally slough off, according to the American Skin Association. “Even when you sleep, Mother Nature is doing her job by making sure your skin exfoliates itself”.

You can also help clear these dead cells away and keep your skin looking bright by exfoliating your skin regularly.

3. Changes in Your Skin Can Reflect Underlying Health Issues

Stress isn’t the only thing that can trigger a response from your skin. Many conditions and infections can cause changes in your skin, whether they take the form of a rash, hives, itching, redness, or swelling, can all indicate an allergic reaction.

Acne can occur due to fluctuating hormone levels, which could indicate pregnancy, perimenopause, or menopause, but acne can also indicate a hormonal disorder such as polycystic ovary syndrome, according to the Mayo Clinic.

Skin disorders can be caused by a number of conditions as you age, including heart disease, diabetes, liver disease, obesity, and nutritional deficiencies, to name just a few.