Fireboy who won the Listener’s Choice Award and was nominated for Song of the Year for “Jealous” is set to release his first single for the year titled ‘Playboy’ this Thursday 24th March 2022.

Fireboy made this known on his Instagram page today march 22nd 2022 and encouraged his fans to pre-save it via the link in his bio. Imaginations have been left as people are wondering what could the song ‘Playboy’ be all about.

Fans and followers are anticipating the new track as they are eagerly dropping comments of admiration while they wait for the song that will be dropping on Thursday. 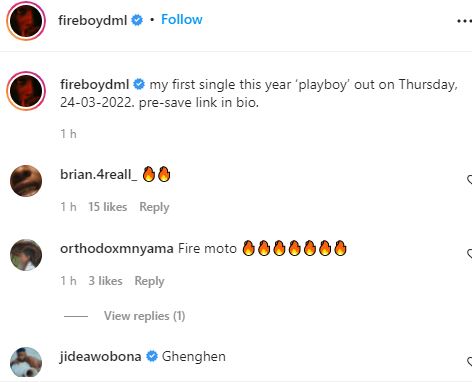 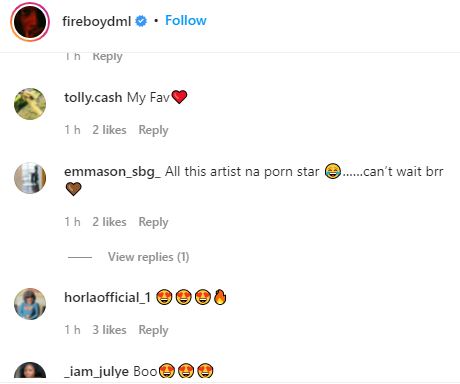 Fireboy, yes we at Maxfm are awaits this track, we feel it’s going to be hot