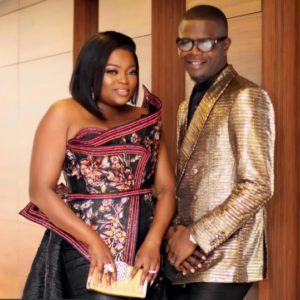 The duo got married in 2016 and then had their set of twins after 2 years. 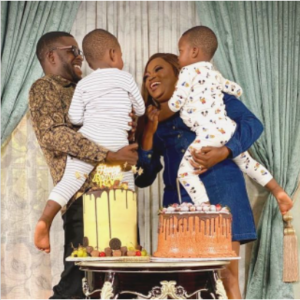 Nigerian music star JJC Skillz has played down the reports of a major crisis rocking his marriage.

The music veteran’s son had earlier dragged his stepmother on Tiktok. 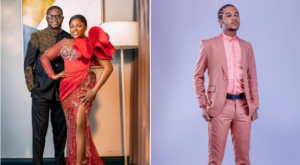 In a post shared via his Instagram page on Monday, April 11, 2022, JJC Skillz importantly penned a message which indicated that all is well at home.

“The only rock I know that stays steady and the only institution. I know that works is the FAMILY. London is cool but I’m missing home @funkejenifaakindele my love 😍 Have loads of fun with the children. See you soon at home. Don’t let anyone spoil your vibes 🏡 #familyfirst❤️ #Bellos4ever #chinesswhispers #devilisaliar,” he wrote.

The music veteran’s post came hours after it was reported that he had moved out of his home following issues with his wife.

According to the young man, the actress is not who many people believe she is.

He also added that he lived in their house for two years and it was a horror.