NSE IKPE-ETIM SPEAKS ON THE INABILITY TO BEAR CHILDREN

Nollywood actress Nse Ikpe-Etim who has been very vocal about her struggles with infertility has come out to reveal that she has never felt shame about her situation, but rather an inadequacy as a woman. 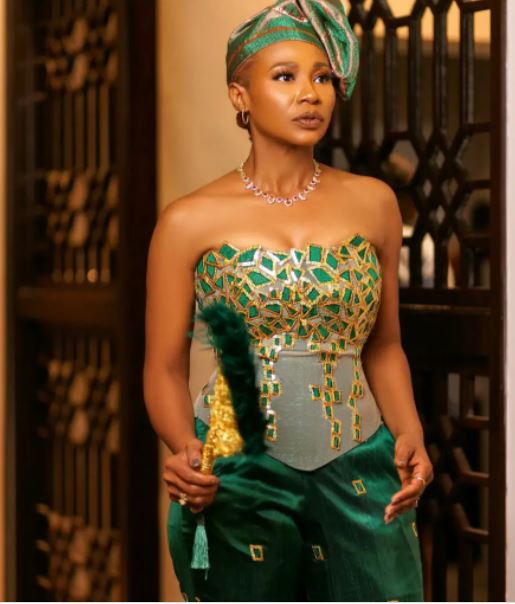 The movie star made this known during an interview with Chude Jideonwo on his show #With Chude.

When asked if she felt any type of shame sharing her story and judging by the Nigerian society, Nse said, “I didn’t feel shame, but inadequacy, I felt inadequate as a woman because every time it was mentioned I would remember. So that’s what it was.”

She continued, “Shame, I’m not ashamed. The least that I would be, but I’m thankful for how I was brought up, we don’t tie shame to ourselves. We live through life fully and that’s how it is.”

When asked if she is open to adoption, she said, “You never say never, but right now Clifford and I are dog parents. People should be allowed to live, what else? We are okay! And nothing defines you, not one thing defines you.”

If you would recall in 2019, Nse Ikpe-Etim revealed her inability to conceive children. According to the actress, she removed her womb after she was diagnosed with Adenomyosis, a condition of the female reproductive system where the cells that usually grow outward into the uterus lining instead grow inward into the uterus muscle.