The Nigerian Disc jockey and producer Florence Ifeoluwa Otedola, professionally known as DJ Cuppy, or simply Cuppy, has resumed classes fully at the University of Oxford. 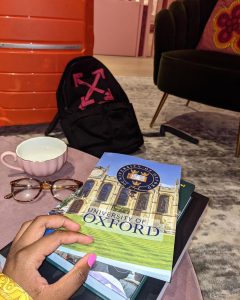 She took to her Twitter page recently where she shared photos from school with her caption.

“First day of classes! Officially a full-time student at the University of Oxford! Wish me luck with my Masters.”