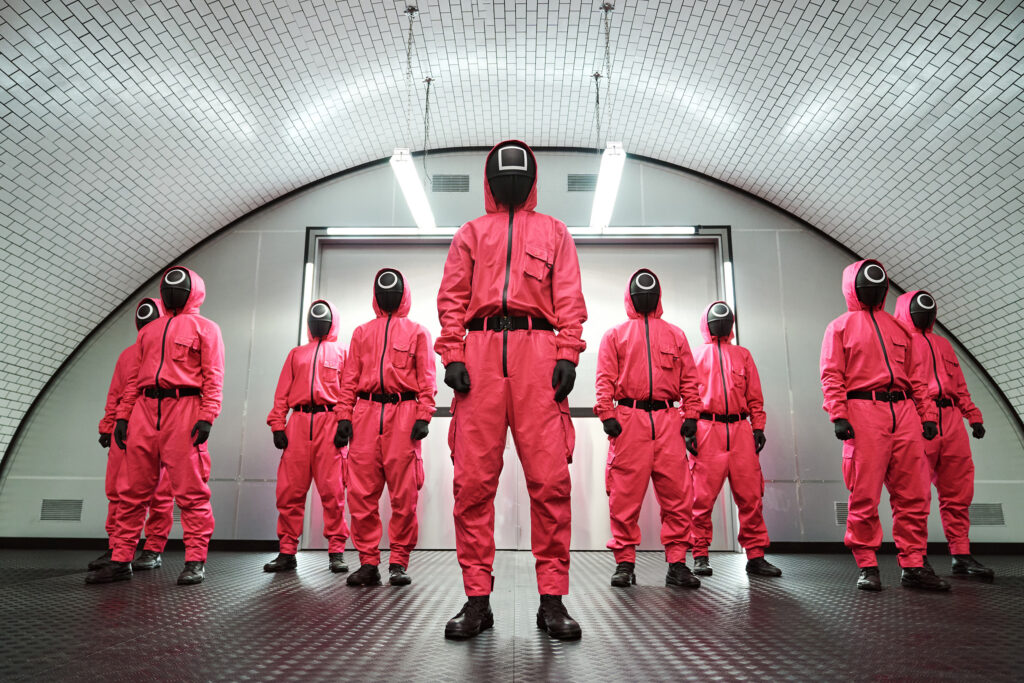 The American subscription streaming service and production company, Netflix made the announcement with a short teaser and a note from Director Hwang Dong-hyuk.

The note reads, “It took 12 years to bring the first season of ‘Squid Game’ to life last year. But it took 12 days for ‘Squid Games to become the most popular Netflix series ever. As the writer, director, and producer of ‘Squid Game’, a huge shout-out to fans around the world. Thank you for watching and loving our show.”

The note continues, “And now, Gi-hun returns. The Front Man returns. Season 2 is coming. The man in the suit with ddakji might be back. You’ll also be introduced to Young-hee’s boyfriend, Cheol-su. Join us once more for a whole new round. 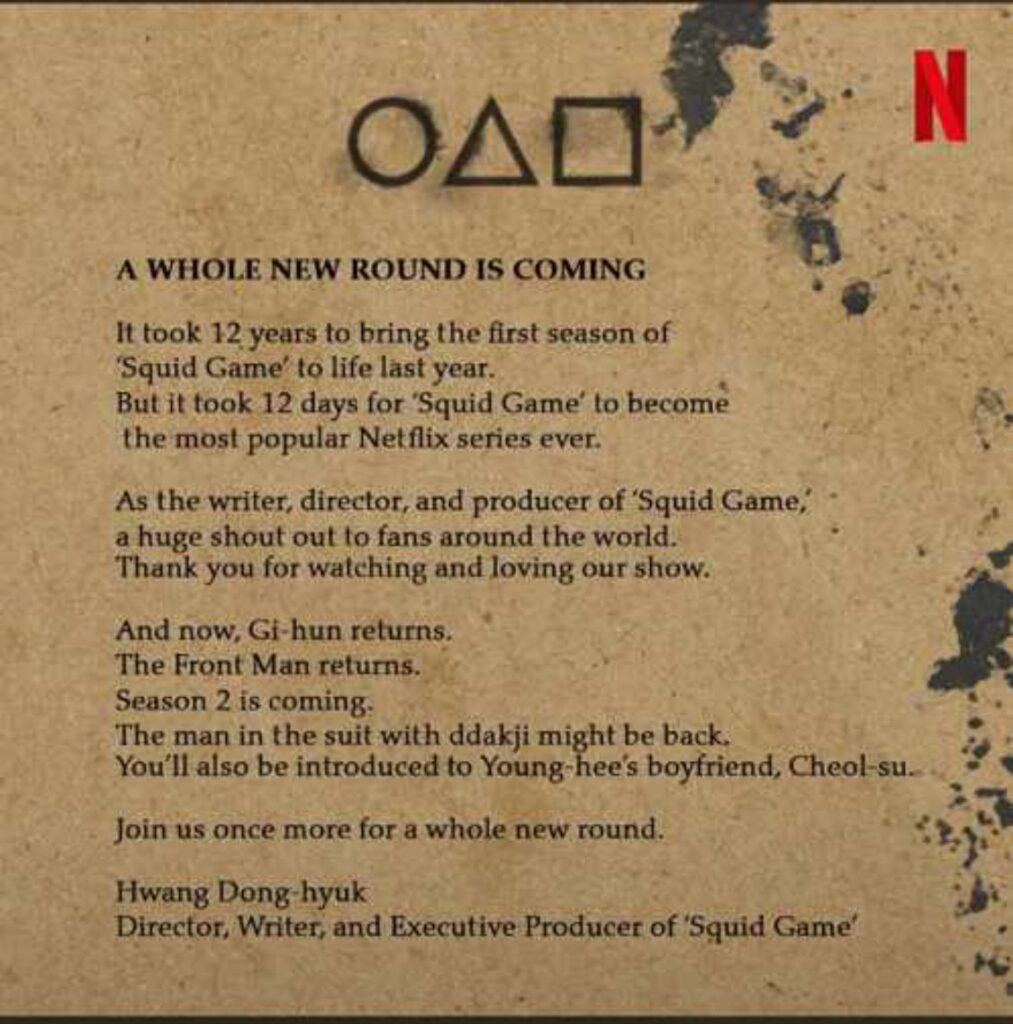 Squid Game took the world by storm last year and quickly rose to Netflix’s record-breaking ranks. The series which was launched in September was viewed for one point sixty-five billion hours in its first twenty-eight days, making it the most-watched Netflix series of all time.

Just so you know Squid Game is a South Korean survival drama television which revolves around a contest where four hundred and fifty-six players, all of whom are in deep financial problems, risk their lives to play a series of deadly children’s games for the chance to win a huge monetary price.