Slain rapper, XXXTentacion has been laid to rest at a private funeral which took place on Thursday, June 28, 2018 in Florida and he got a monument in his honor by his family. His private funeral was reportedly attended by fellow rappers Lil Uzi Vert and Lil Yachty and singer Erykah Badu. The late rapper’s […]

A 22-year-old suspect has been arrested and charged with  first-degree murder for the death of rising rap star XXXTentacion, who was fatally shot in his luxury BMW electric car as he left an upscale motorcycle dealership in Florida. The local tattoo artist named Dedrick Devonshay Williams, aka Tattoman Chuckie was arrested around 7 p.m. on Wednesday, June […]

XXXTentacion’s Albums and Songs Soar on Amazon, iTunes After Death

Following the sudden death of XXXTentacion, the 20-year-old rapper’s music catalog has soared in sales on both Amazon and Apple Music. The rapper who was gunned down on Monday, June 18, 2018 in Florida has the no. 1 and no. 2 albums on Amazon’s Movers and Shakers Digital Music list. His album “?” which dropped in […]

Rapper XXXTentacion was shot and killed in Deerfield, Florida. 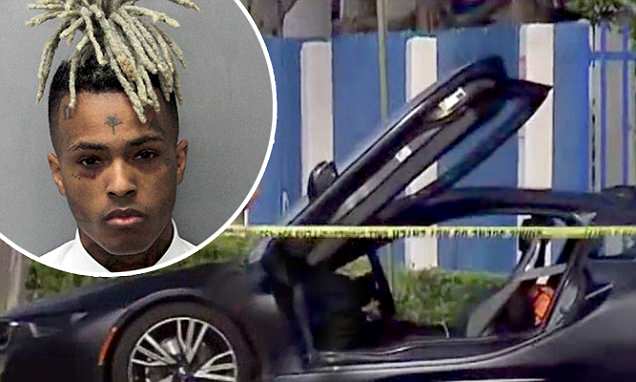 Rapper XXXTentacion was reportedly shot and killed in Deerfield, Florida, on Monday afternoon in what police believe was a ‘possible robbery.’ The 20-year-old was pronounced dead at a local hospital after being rushed there in a ‘comatose’ condition by paramedics, According to report, two armed suspects approached his vehicle as he left a motorcycle dealership […]