Timaya fires back at ubi franklin

Singer Timaya pulls nanny Ubi Franklin’s tail even harder as he issues another staggering reminder to back up his claim in his earlier post. 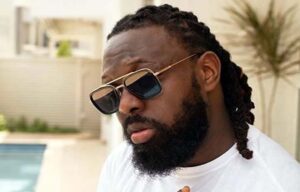 In his earlier post, the singer asked that Ubi Franklin sticks with his new job as Davido’s employed nanny and take it seriously to avoid being beaten up by him. In response, Franklin tweeted saying Timaya was only being pained for getting corrected by him. 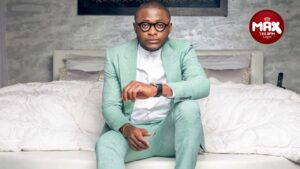 Apparently, the singer has taken the time to dig up evidence to support his claims.

In his recent post, he stated that people forget he’s from Niger Delta and provided an old tweet where Davido clearly called Ubi Franklin his nanny. 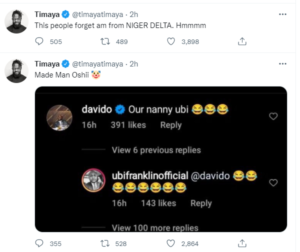