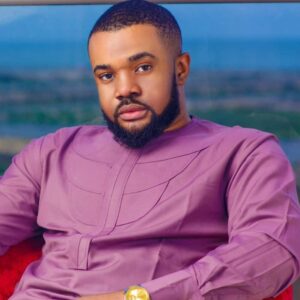 Williams Uchemba has cried out over the death threats he has been receiving.

The father of one took to his Instagram page to notify the public of the threats to his life.

He disclosed that he is taking the case to the police as people want to kill him over his freshness.

He wrote, “I got a death threat yesterday and I’m heading to the police station to report it. They said Freshness wants to Kill me”.

Williams Uchemba had received prayers from thousands of his fans for helping to renovate a family’s dilapidated house.

The video the comic actor posted online broke the hearts of many as the house isn’t a sight to behold.

The struggling family stay in an uncompleted building with household items littered around.

The actor took his crew members to the house and was shocked to know people were living in such a bad state.

Williams had volunteered to help them have a better living life.

Sharing the video on his Instagram page, he wrote, “No matter the situation always say GOD HELP ME”.

His fans took to his comment section to heap prayers on him for his humanitarian works.