Kanye West in a bid to further discredit Pete Davidson has unleashed another attack.

West posted a screenshot of an article with the headline, “Pete Davidson Enrages Audience With Jokes About Having Sex With A Baby,” he says it is further evidence reasons the comedian should not be allowed near his four young children. 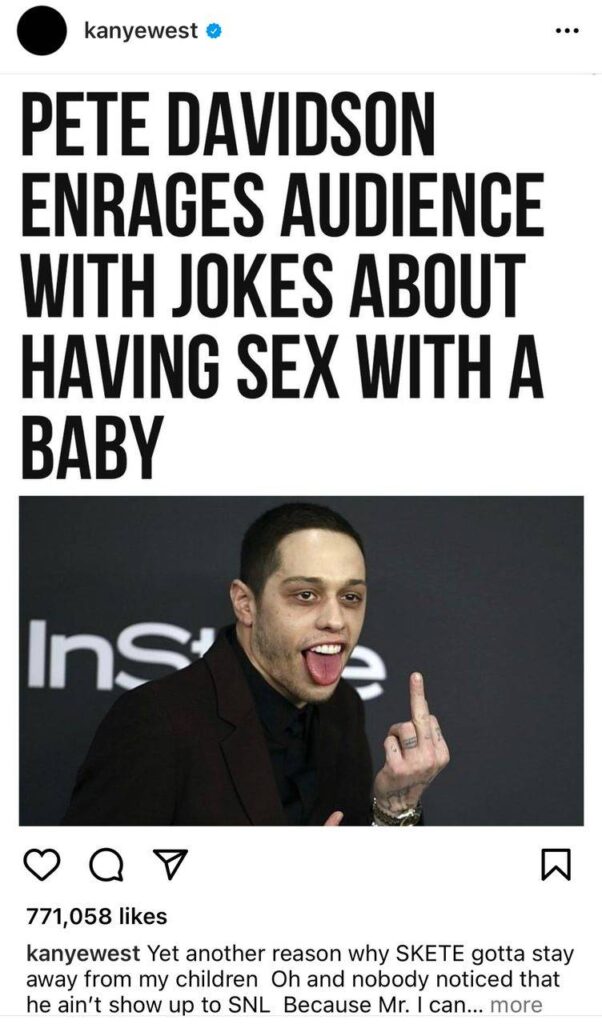 Pete Davidson’s “sex with a baby joke” is from a 2019 stand-up comedy set at The Bell House in Brooklyn, New York. He had told a story about when he was babysitting his friend’s child who was teething, the baby began sucking on his finger in a means the itch the gum and it felt “good.”

Davidson was reported to have said, “I don’t want to fuck this baby, but he’s asking for it,” . He added that he doesn’t want to have sex with any babies, but if he did, he would choose that one.

Kanye West warns him against coming near his children while at it he mocked his ‘mental breakdown’. Kanye in his caption said, “Yet another reason why SKETE gotta stay away from my children,”

The rap icon via his Instagram page today Wednesday, March 16 made series of post mostly coming for Davidson, these came a week after releasing two videos for his song where he had simulated an animated version of himself burying Pete Davison and planting rose seeds on his head. 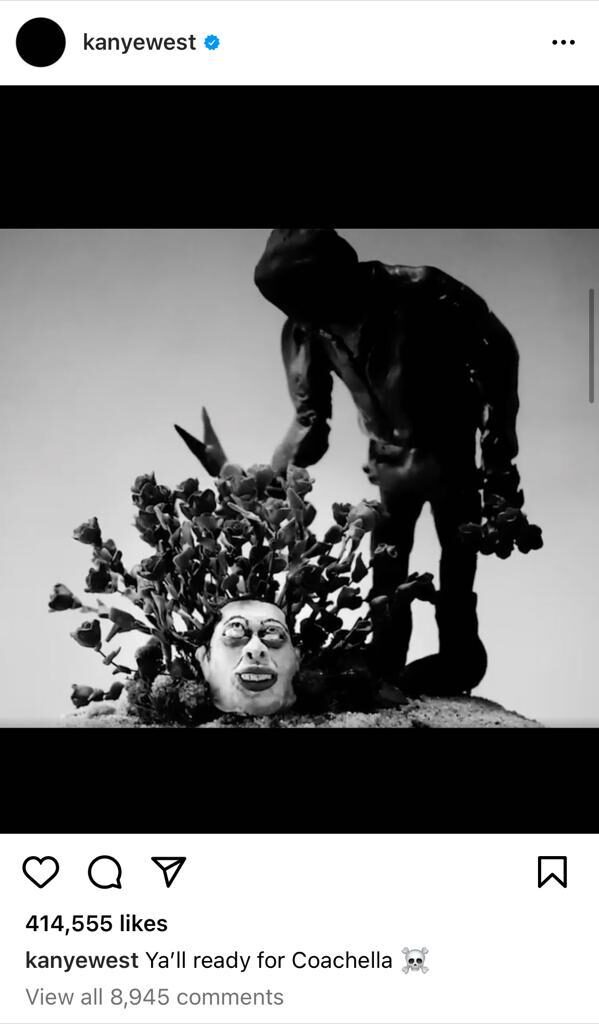 Davidson, West had alleged had a “mental breakdown” after he (Kanye) “ran him off the internet.” due to the fact that the actor/comedian returned to Instagram in the month of February but deleted his account just a few days later.

Kanye his Instagram caption wrote, “Oh and nobody noticed that he ain’t show up to SNL Because Mr. I can help you with meds had a mental breakdown after we ran him off the internet SKETE you not built for this I already blacked the Super Bowl out on you Apologize to your family for being in your family.”

The dispute became further heated up last week when a text exchange between the two was leaked showing Davidson bragging about being “in bed” with the rapper’s ex-wife.

Kanye is also seen to be brewing a feud with Trevor Noah weighed in that the issue could get violent. He said ‘Two things can be true,’ Kim likes publicity. Kim is also being harassed.’

Trevor, speaking to the society said, ‘Do we wish to stand by and watch a car crash when we thought we saw it coming? Or do we at least want to say, “slow down, let’s all put our hazards on, because there’s a storm coming and sh*t might go down”.

In a response to Trevor’s statement on the show, Kanye made a post with a photo of Trevor Noah’s Wikipedia page. 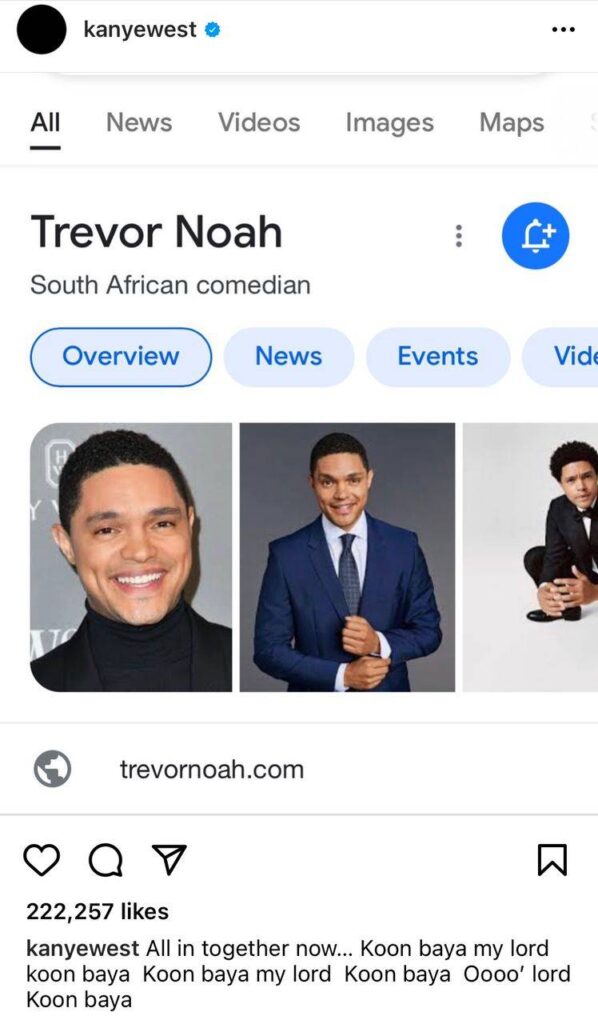