The announcement spots some exciting new twists, one of which is the sequel will be released as a seven-part limited series titled “King of Boys: The Return of the King’.

Plot details for the new series are yet to be announced. 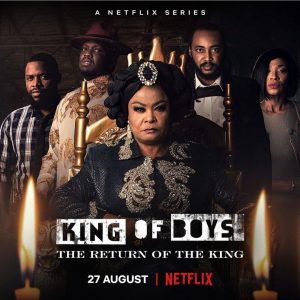 “When I decided to tell the King of Boys story, I never imagined it would take on a life of its own in the way it has. It’s been such an exciting ride from its introduction in 2018 to the Nigerian audience, and their reception was so incredible that the fans have been clamoring for more,” Kemi Adetiba revealed

“I’m so honored that today, I get to share the world of Eniola Salami and King of Boys 2: The Return of the King to a global audience, but this time with the massive backing of Netflix. Continuing the King of Boys journey with Netflix is a big deal for me, especially as this time, it will be served to the world as a limited 7-part series.”