Gloria Oloruntuo better known as Maraji has unveiled her son’s face to the world. 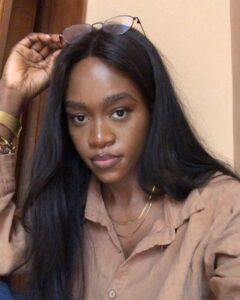 On April 21st that the skit maker welcomed her first child, a baby boy with her husband.

She disclosed this on her Instagram page while mimicking Nigerians on how they are always eager to see celebrities’ babies and their responses.

The new mom revealed her baby’s name as Jayden Mensah, adding that she respects women.

A week after sharing the good news and teasing Nigerians with her baby’s hands and feet, Maraji has finally revealed him to the world.

Sharing cute photos of him taken within one week of his birth, Maraji wished him a happy first week on earth.

She wrote, “My baby was barely an hour old in the first picture #oneweekoldtoday”. 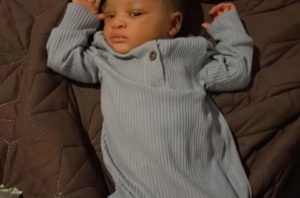 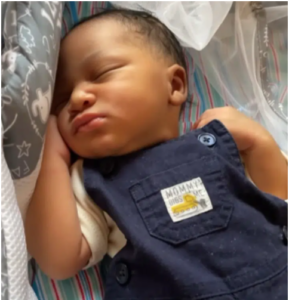 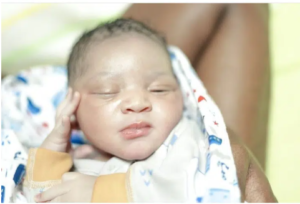