Nigerian actress, Chinedu Nwankwo, one of the alleged ex side chicks of Nollywood actor, and producer, Yul Edochie is dead. 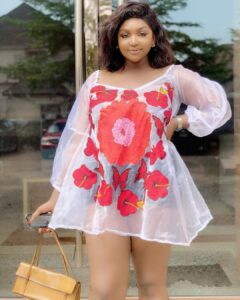 Bogger, Cutie Julls announced the news of her demise.

The actress who was popularly known as Chi Bernards rose to fame on social media when her romance with the actor hit the net.

It was rumoured that Yul bought her a Volkswagen golf at the time they were dating.

Before her demise, the deceased has featured in several hit movies.

“We sadly just received the news about the sad demise of Actress Chinedu Nwankwo popularly known as Chi Bernards which occurred a few hours ago.

The late actress has been featured in some hit movies.

Her popularity hit many on social media a few years back when her romance with actor Yul Edochie hit social media gossip.

Yul even was rumoured to have bought her a Volkswagen golf at the time they were dating.

She was so young and beautiful.

May her gentle soul rest in peace”.