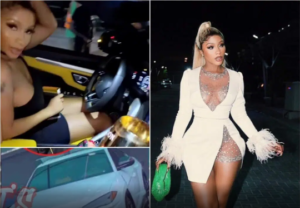 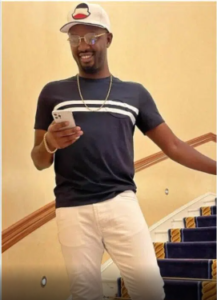 BBNaija reality star, Mercy Eke caused a stir online recently when she stepped out in a new Lamborghini.

She was among the A-List at her best friend and co-reality star, Maria Chike Benjamin’s 30th birthday bash where she arrived in grand style.

Mercy Eke was spotted cruising in a Lamborghini with her friends as she headed to the bash.

The Lamborghini got many tongues wagging as they tried figuring out who owned the luxury car.

While some claimed it was for socialite Pretty Mike, others claimed it belonged to her alleged lover, Jowi Zazaa.

Well, it has been confirmed that the car belonged to the billionaire.

Jowi Zazaa posted a video clip of the car and it was the same as the one Mercy Eke rode in.

Nengi had thrown a shade at Mercy Eke hours after she stepped out with the luxury car.

According to Nengi, people should live within their means and learn to cut their coats according to their size.

She added that life is so much easier that way.

“Live within your means! Cut your coat according to your size. Life is so much easier that way”.

Many believed that the dig was directed at Mercy Eke as she is always dragged for living above her means.