On Sunday 14th August, Celeb Pastor Tobi Adegboyega, embarrassed his choir. Tobi Adegboyega publicly shut the choir up who he mentioned was boring him with their choices of  music

This attitude caused a slam on social media. People came for him with all sorts of words stating how wrongly they felt about his behavior towards the members of the choir.

Tobi Adegboyega is the founder of Salvation Proclaimers Anointed Church, a Pentecostal Church based in London, England. 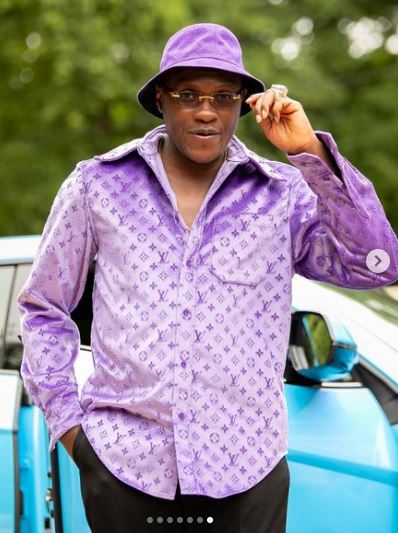 Tobi Adgboyega decided to come for the people who came down on him. He posted a videoof himself reacting  to what he said earlier without seeing anything wrong with his behavior.

Before his response, see below his words to the choir as he shut them down:

After seeing how disappointed people were, Pastor Tobi Adegboyega made a video on his Instagram story telling people to mind their business. According to him, he doesn’t see anything wrong in what he did, he said he only stated the truth. He emphasized that the music was boring to him while the minister was good and he wasn’t going back on that.

“Hi guys I was told that there’s en, a conversation going up online, people are dragging their predecessors, I’m just joking. Now dragers and dragees I thought they said there is no employment in Nigeria, but there is employment, you guys are gainfully employed. Blacks people here, not important. Anyways let me address the issue now, it shows that you guys want en leadership right, you want people responsible, accountable. So let me be accountable, the song was boring okay.

It was actually very boring, the singers lite, the song boring. I don’t need nobody to speak for me in Nigeria or defend me, fact is fact, take it how you take it. Now guys, en the dragees  and dragers, go take your medicine okay. Now for progressive thinkers, good Nigerians which I have many of them as followers, there is hope, there’s leadership and everything will be great, for others take it how you take it guys”

Do you think his response justifies his actions? What would you do should you be in the choir? Do you think he would still behave the same way if the song ministers were white or if he has majority of white congregation? Let us know in the comment section.